5th LGBT College Summit to be held at UCO 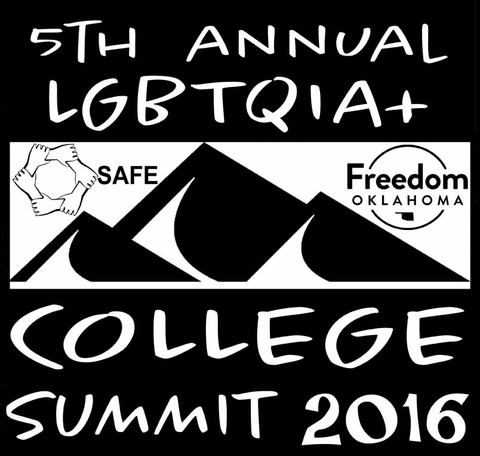 The Fifth annual LGBTQIA+ College Summit will be held October 29 at the University of Central Oklahoma Nigh Student Center.

“This is our fifth LGBT College Summit, and we are expecting hundreds of students from universities across the state,” says Troy Stevenson, Executive Director of Freedom Oklahoma, which sponsors the Summit. He said there will be high-school students attending as well. “Students look forward to the event every year.”

The Summit will be at the University of Central Oklahoma in Edmond, in the Nigh Student Center on October 29. It is a one-day conference and there will be panels that include discussions of conversion therapy, discrimination and leadership development, as well as a broad range of workshops that a task force composed of student is developing.

“This year we are going to put a focus on connecting with students in an ongoing way. We are also, for the first time, doing a larger survey to see what young people are focused on, what policy issues are important to them, what the needs are for young LGBT people and allies,” said Stevenson. “We want be sure that it shapes our work, to show what the next generation is looking for from leadership.”

“We want to make sure that instead of making assumptions about what problems face young LGBT people, we are focusing on asking them,” rather than talking about things that those of us who are older think they want.

“They have a fresh set of eyes, and they know exactly what is happening in schools,” saying many of them just left high school last Spring. The survey will alter the focus of Freedom Oklahoma’s work in the coming year, Stevenson said.

“Rather than just training students on leadership skills, we are learning from them what needs to happen,” he added. “We don’t know what the culture of schools is in Anadarko or Ada or other small towns. These students know those things because that’s where they come from.”

“It’s a way to refine our focus, to make sure we aren’t missing anything. I believe that the most effective work happens when you have data and information about what is actually going on.”

The Summit and the survey helps Freedom Oklahoma better understand the prevalence of bullying, of conversion therapy, of discrimination in small towns across the state.

The schedule is still in development. “We are trying to build a curriculum that is student friendly.” The plan is to have at least six breakout sessions, and one larger program. “We also have a job fair. We want to be sure we are connecting corporations and businesses with these students. It’s a way to ensure they are connected with employment opportunities.”

The conference is free to attendees, funded in part by grants, and by the businesses that have booths at the job fair. In addition, UCO has helped with some of the expenses. The hours are 10 a.m. to 5 p.m., with a student led program at a youth friendly venue for the under 21 crowd. Attendees are mostly LGBT but the conference is open to anyone interested in LGBT student issues.

You can register for the LGBT College Summit online at bit.ly/2csQSBV.