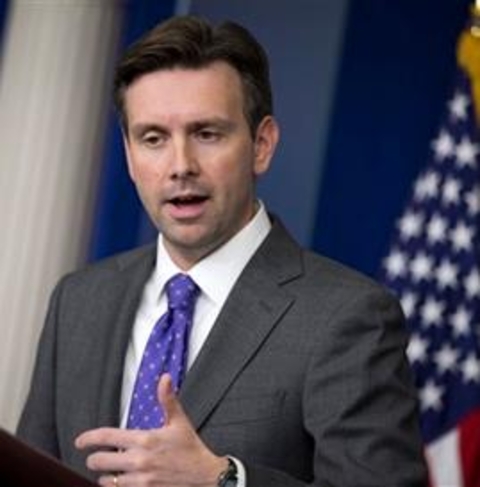 Washington (AP) — The Obama administration announced Wednesday that airline passengers arriving from the three West African countries experiencing an unprecedented Ebola outbreak will now be screened for potential exposure to the deadly disease when they arrive at five major U.S. airports. The screening will include having their temperatures taken.

Five things you need to know about the screenings:

Customs and Border Protection agents stationed at New York's Kennedy, Newark Liberty, Washington's Dulles, Chicago's O'Hare and Hartsfield-Jackson Atlanta airports will be screening passengers. The effort begins in New York on Saturday and expands to the other airports over the next week.

There are no nonstop flights to the U.S. from Liberia, Sierra Leone or Guinea, the three hardest-hit countries. Nearly 95 percent of the roughly 150 people traveling daily from or through those West African countries to the United States land first at one of the five airports selected for extra screening. Customs and Border Protection agents stationed at other airports and border crossings will also be on the lookout for any visibly sick passengers.

2. They know all the stops

Homeland Security Deputy Secretary Alejandro Mayorkas said Wednesday that officials in his department can track passengers all the way back to where their trips began. He said even if someone arrives in the U.S. after making several stops, Homeland Security will be able to identify them and screen them for possible Ebola exposure when they arrive.

Mayorkas and the director of the Centers for Disease Control and Prevention, Dr. Tom Frieden, said DHS employees at airports will use no-touch thermometers to take the temperatures of passengers who have come from or through West Africa. The screeners won't wear masks or any of the other scary-looking protective gear seen in photographs and video from West Africa. Mayorkas said those precautions haven't been deemed medically necessary.

Agents will also be asking questions about the passengers' travel and potential contact with anyone who may have been infected with Ebola.

Frieden said Wednesday that people who have a fever will be interviewed to determine whether they may have had contact with someone infected with Ebola. Case-by-case, health workers will direct the passenger either to the local medical system or public health system for possible treatment or routine follow-ups, including daily temperature readings for the 21-day Ebola incubation period. There are quarantine areas at each of the five airports that can be used, if necessary.

Frieden said health officials expect to find many travelers who do have fever, but that doesn't mean they are all infected with Ebola. He said about 1 of every 500 people leaving West Africa has an elevated temperature, but most are suffering from malaria or some other ailment.

5. Fellow travelers on the aircraft

Thousands of people pass through customs and immigration screening areas at the five airports daily and most won't be pulled aside for extra screening.

Frieden said because the number of passengers from the three West African countries is so few — about 150 daily — the extra screening isn't expected to disrupt normal operations.

He said security and health authorities "think it's manageable."

by Alicia A. Caldwell, Associated Press