Alyssa Milano called for a sex strike to protest strict abortion laws. Women were not having it. 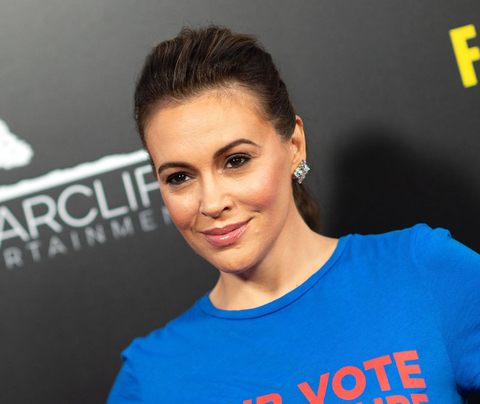 Actress Alyssa Milano called for a sex strike in response to restrictive abortion laws, and many women were quick to call her out.

"Until women have legal control over our own bodies we just cannot risk pregnancy," Milano said on Twitter Friday. "JOIN ME by not having sex until we get bodily autonomy back."

Critics said the strike assumes that sex is enjoyed only by men and that women's bodies are commodities that can be denied to men as punishment. Some people also pointed out that the sex strike ignored LGBTQ people and didn't consider the possibility of sexual violence.

"Living under the patriarchy has already robbed me of safety, autonomy, opportunities, and trust in our institutions. Now I'm supposed to give up sex, too, and play into the fiction that it is just a bargaining chip/transaction for women," said Kristi Coulter on Twitter. "Love you, but nope."

"A shame because again, you are using sex as a weapon, as a way to get what you want," said Tammy Lawson on Twitter. "I guess your brain wasn't good enough."

Milano's call for a sex strike did attract some supporters, though likely not ones she intended.

Abortion opponents commended the actress on the idea, although their reasons for supporting it were entirely different.

"I'm totally with you, @Alyssa_Milano, on not having sex. But the issue isn't 'reproductive rights.' The issue is reproductive responsibilities & fidelity. No one should have sex until they're ready to embrace the privilege & responsibility of lifelong commitment & raising a child," Lila Rose, president of the anti-abortion organization Live Action, wrote.

Milano's call came a few days after Georgia Gov. Brian Kemp signed a bill that would ban abortions if a fetal heartbeat can be detected. It includes some exceptions, including if the pregnancy risks the life or poses irreversible physical harm to the pregnant woman.

Milano, of TV's "Who's the Boss," had opposed the bill and urged the film and TV industry, which shoots many projects in Georgia, to leave if it became law.

Since Kemp signed it, at least three production companies have said they would not film in Georgia.