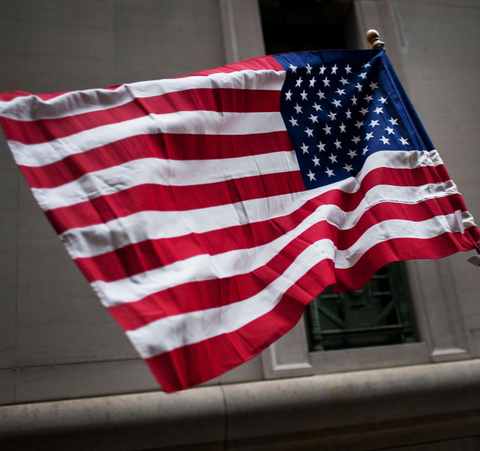 American pride: the numbers are falling.

The numbers, from a new Gallup poll, are the lowest since the polling organization began gauging patriotic fervor this way in 2001.

The numbers have been falling for much of the 21st century, and are down even from last year. In 2018, 47 percent felt "extremely proud," while this year 45 percent are saying the same thing.

Since 9/11, American pride has trended downward

In 2001, just before the September 11 attacks, Gallup captured 87 percent as feeling "proud" of America, and a further 55 percent as extremely proud. After the twin towers fell, American pride rose dramatically, with 69 percent and 70 percent feeling "extremely proud" between 2002 and 2004.

Since 2005, as the war in Iraq dragged on, however, American pride has mostly sloped southward, the polls show, to the 70 percent proud, and 45 percent extremely proud number where they now sit.

We have pride in our scientific accomplishments

Americans still have a lot of things to feel great about. We're most happy about our history of scientific accomplishments with 91 percent feeling pride. Similarly, 89 percent of us take pride in our military, and 85 percent expressed pride to the pollsters on matters of American culture and the arts.

But just 32 percent feel pride in the American political system, according to the Gallup poll.

On the Democratic side, the Trump presidency has slashed extreme pride in America in half, from 45 percent in 2016 to just 22 percent this year. Meanwhile, Republican pride has been creeping up a couple of points each year since the 45th president took office.

Click the arrow in the video above to find out more.