America's "new normal" will be anything but ordinary 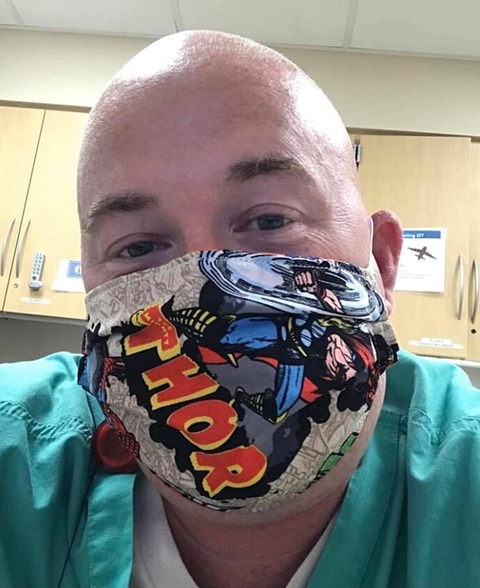 Accessorizing masks will be an everyday occurance. File photo.

The new normal will be anything but ordinary.

As the United States combats the coronavirus pandemic, the timeline for reopening the country in a bid to jump-start the economy remains unclear. But dramatic changes to daily life are coming into view -- from mass temperature checks and mandatory use of face masks to empty sports and entertainment venues to Orwellian government monitoring of cellphone location and other personal information.

"You can call it the 'new normal,'" said Juliette Kayyem, a CNN national security analyst and former assistant secretary in the Department of Homeland Security. "I call it the 'now normal' because I think every day is going to be different."

Here's how life could change as states consider modifying stay-at-home orders and other restrictions:

In California, like many other states that have virtually shut down, the reopening of schools is a priority.

It's too soon to loosen restrictions on schools, Newsom said. When students do return to the classroom, likely in the fall, the educational environment will be dramatically different.

State officials are consulting unions and administrators about steps such as staggered school schedules,and changes to assemblies, physical education and recess. Increased sanitization efforts and deep cleaning will become standard in schools.

"We talk about what the new normal looks like. Normal it will not be," Newsom said.

Floor plans conducive to physical distancing will be in place.

"At the end of the initial quarantine period, schools could reopen with daily temperature checks for students and staff, as well as weekly testing, so that any new outbreaks could be rapidly identified and contained," wrote the authors of paper for the Safra Center for Ethics at Harvard University.

"The risk for a second wave comes in the fall when the kids get back in school," said George Rutherford, an infectious disease expert at University of California San Francisco.

"You could have 9th and 10th grades come in the morning and 11th to 12th grades in the afternoon," said Rutherford, who has worked with San Francisco health officials on the city's response. "Or half of the students could come Monday, Wednesday and Friday. The other half on Tuesday, Thursday and Saturday."

And some universities across the country are considering the possibility that in-person classes may not resume until 2021.

Restaurants will likely cut down the number of seats. Mask-wearing diners could be greeted by servers in masks and gloves with disposable menus in their hands.

New York Mayor Bill de Blasio told CNN, "Restaurants may have to be a lot less crowded to begin. We've got to take it slow."

And restaurant goers could have their temperatures checked before sitting down.

Barring a vaccine, a pharmaceutical intervention or herd immunity, Los Angeles Mayor Eric Garcetti said mass gatherings such as concerts and sporting events are unlikely until next year.

"The prospect of mass gatherings is negligible at best," Newsom said this week.

New York Mayor Bill de Blasio said the return of such events could be far off.

"I said, 'Why can't we talk about a baseball season with nobody in the stands? Why can't you play the game with the players?'" he said. "Look, it would be good for the country. It would be good for people to have something to watch and do to fight cabin fever. It's something I'm going to pursue."

But Major League Baseball would first have to strike deal with the players union.

"We want to get our sports back, so importantly," Trump said at his coronavirus briefing Tuesday.

"I'm tired of watching baseball games that are 14 years old, but I haven't had too much time to watch. I would say maybe I watch one batter and then get back to work."

In South Korea, where the number of new coronavirus cases has been dropping, the country's baseball league is preparing to start its 144-game season in early May, according to South Korea's Yonhap news.

Intra-sqaud games, with some players in masks, have been played in empty stadiums in a country where spectators are known for dancing in the stands.

"There's actually a picture from summer season of 1918," Rutherford said, referring to the Spanish flu pandemic more than a century ago. "I think it was the Oakland Oaks, a Pacific Coast League team, and everybody's wearing masks, including the umpire, the catcher and the batter."

Still, baseball in the US may be some time away. Some players have even expressed a willingness to wear masks on the field.

Rutherford recalled a conversation with an A's beat writer, who told him: "Have you ever been in a major league dugout after a game? It's just disgusting. People spit everywhere. Ugh."

Or imagine New Orleans without spring and summer festivals.

Tracking of location and other personal information

In China, authorities are using technology to track healthy people -- and those who pose a risk.

Residents are assigned color-coded QR codes on their phones. The color determines what they're able to do. In Wuhan, China, where the lockdown has been lifted, residents need to produce a green QR code on their phones to leave their homes.

To get into places such as restaurants, people need to show a green QR code.

Now Apple and Google are working together to help US health authorities track exposure to the coronavirus using Bluetooth technology.

The tech giants could play an important role in fighting the pandemic despite privacy concerns.

Harvard's Safra Center said people not in a "high-risk" population could move about freely. Their location on public transport could be tracked on "privacy-protective QR scanning."

Additionally, the center's paper said, thermal scanning devices in public spaces "can help spot outbreaks and support contact tracing" -- tracking down sick people, isolating them and then tracing everyone with whom they've been in contact and putting those people into quarantine.

A plan from the liberal Center for American Progress called for a "trusted, nonprofit organization" to host the medical data -- "not private technology companies or the federal government." The information must be automatically deleted after 45 days.

"The reality is your credit card company is already using this on you," he said. "You signed it when you signed the contract that was in the fine print there, and they were using for whatever the heck they wanted to do with it to make money. And your phone is already using it. That's what all the phone companies do, they track you. And lots of other apps on your phones do also."

Changes at airports and limited travel

Monitoring of international travelers is being recommended by the American Enterprise Institute, which is also urging the public to limit unnecessary travel.

The Center for American Progress calls for nonessential travel to be prohibited outright during the stay-at-home phase: "State and local governments must use aggregated, anonymized cellular data to assess compliance with stay-at-home orders and determine whether targeted enforcement is necessary."

Airline passengers should be required to have the contact tracing app, confirm no proximity to a positive case, and have a temperature check or show documentation of immunity, according to the liberal think tank.

Dr. Lee Riley, a professor and chair of the Division of Infectious Disease and Vaccinology at University of California, Berkeley, said, "People are discovering that a lot of business trips or small conferences can be actually done virtually. Travel as we'd known it, will definitely decrease, at least for the next two years."

Beverage and snack distribution probably won't change, except for the addition of alcohol wipes.

Subways, buses and transit stations should limit the number of passengers to 50% capacity, according to the Center for American Progress.

Cuomo said Wednesday he will sign an executive order requiring New York residents to wear a mask or a mouth/nose covering in public when not social distancing.

There will be a three-day notice period before the order is enforced, allowing New Yorkers to secure masks or coverings. Cuomo said he was considering a civil penalty for those who break the rule.

During the initial phase of the reopening, people should be encouraged to wear nonmedical fabric masks in public, according to the American Enterprise Institute. Even people without symptoms.

"Face masks will be most effective at slowing the spread . . . if they are widely used, because they may help prevent people who are asymptomatically infected from transmitting the disease unknowingly," the AEI said.

Ohio Gov. Mike DeWine told CNN that American life will be radically altered until a vaccine is developed.

"Things are just going to be different," he said. "And that's the sad truth." 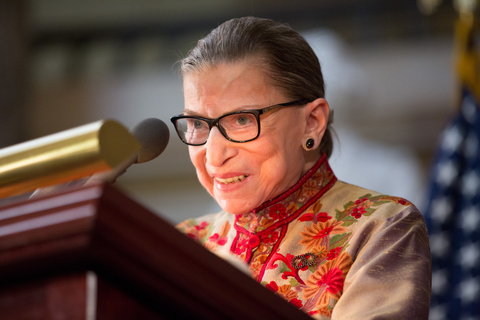 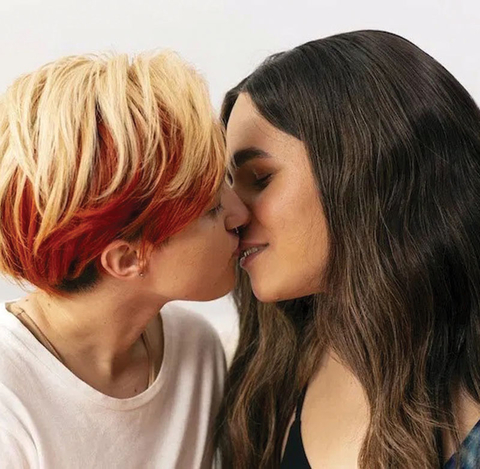 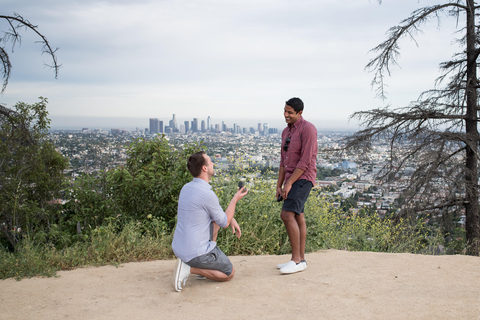 Gay couple nixed wedding to protect friends, but their friends surprised the couple with one 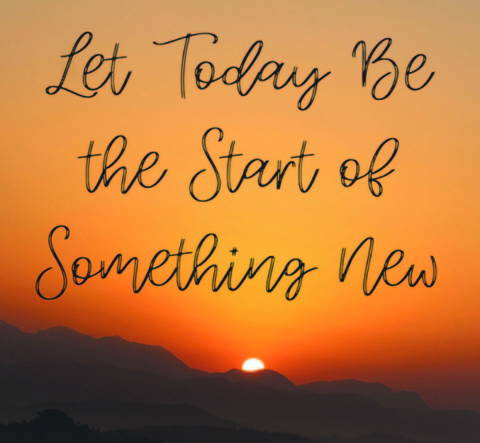 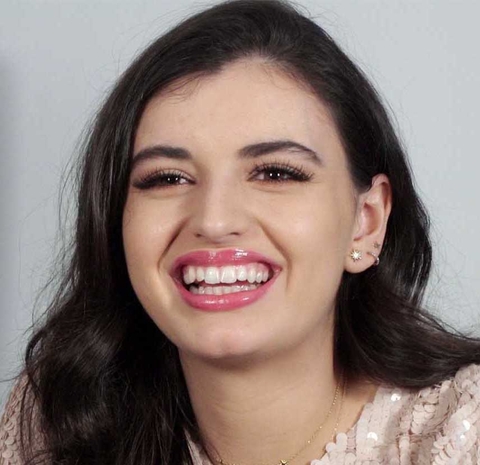 Rebecca Black of "Friday" fame says she is queer