The answer to social media's woes isn't regulation but openness 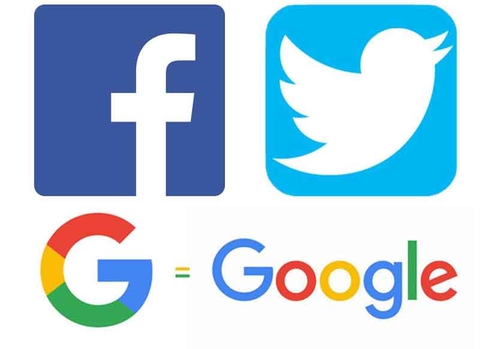 There is an ongoing debate about how, or if, social media should be regulated.

Last week, President Donald Trump threatened government regulation of Google. This week, leaders of Twitter and Facebook testify before Congress. And as politicians debate how much power these companies should wield, lawmakers should be more focused on increasing the overall transparency of how they operate.

Silicon Valley companies have become arguably the largest political forces in our country by controlling the speech we consume. This makes transparency requirements -- such as access to algorithms and policies that decide what information we see -- important to protecting our marketplace of ideas.

Over the last year, these companies have grown into particularly powerful arbiters of speech -- with Twitter suspending accounts, YouTube closing channels, and Facebook shutting down inauthentic accounts and crafting content moderation rules to curb hate speech and misinformation.

While the tech giants' control over our discourse has become glaringly apparent, we must remember that putting government entirely in charge may be even more dangerous than permitting the status quo. Indeed, government regulation of speech triggers historical First Amendment concerns.

In 1943, amid fears of totalitarianism, Supreme Court Justice Hugo Black famously wrote in West Virginia Board of Education v. Barnette, "that no official, high or petty, can prescribe what shall be orthodox in politics, nationalism, religion, or other matters of opinion or force citizens to confess by word or act their faith therein."

Today, internet companies wield the power of dictators that Black once denounced. Meanwhile, government officials argue that they should take control, just as Black feared, because they are democratically elected officials who are beholden to the electorate.

While it is apt to ask a "Sophie's Choice" question about whether it is worse for government or tech giants to control our conversations, we might reframe this question as this: How can transparency guidelines shift the balance of power from Silicon Valley and government officials back to the people to democratize our marketplace of ideas?

In 1915, John Dewey, an American philosopher, advocated for "technological transparency," or the need for people to understand the basic mechanics that surround them. This was especially important as technology during the industrial revolution had begun to steer the lives of people in entirely new ways.

Today, as Silicon Valley companies have become the 21st-century version of industrial barons who sculpt our information society, the same requirement should be demanded.

For decades, transparency obligations have been placed upon government to make clear various procedures and systems that affect the public. Perhaps the best example is the Freedom of Information Act (FOIA), which grants the public a statutory right of access to federal agency records with some limited exemptions. Passed by Congress in 1966 in response to Cold War concerns over government corruption and secrecy, FOIA continues to be one of the most powerful tools of government accountability to the public.

While there are many legitimate concerns and criticisms of FOIA, it is undeniable that the statute has been employed by countless journalists, academics and activists to uncover policies and programs used by the government to limit speech.

Recently, we have seen transparency benefit the public's understanding of how technology controls our speech. For instance, the team at ProPublica raked throughvarious posts that Facebook took down for violating its policies. The investigation suggests that Facebook's take-down policies and algorithmic choices may contain implicit biases against persons of color.

Further supporting this proposal is the fact that corporations, like the government, are not independently incentivized to disclose information or imbue their technology with democratic principles. For instance, a recent New York Times story suggested that Facebook is less concerned with protecting an open and equally accessible marketplace of ideas than we may like to believe.

Sandy Parakilas, who worked as an operations manager on the platform team at Facebook in 2011 and 2012, stated, "Lawmakers shouldn't allow Facebook to regulate itself. Because it won't." The company, she wrote, often made choices based on the financial outcome.

Indeed, transparency is catching on as a possible panacea for accountability. For instance, Lumen, a project conducted with Harvard's Berkman Klein Center, "collects and studies online content removal requests, providing transparency and supporting analysis of the Web's takedown 'ecology.'" Kate Crawford and others at the AI Now Institute have called for algorithmic transparency. And open-source tech giants, like Wikipedia and Mozilla, have long left open their code and content for complete transparency, allowing the public to see how conversations are built and where algorithmic biases exist.

Just as companies are required to open their books to federal auditors to ensure they are not financially harming the public, tech companies should be required to reveal how their policies and algorithms are impacting our democratic order.

Some, like Alex Feerst, legal counsel at Medium, have raised legitimate questions about the pitfalls of transparency, such as protecting the privacy of individuals. But the benefits seem to outweigh the costs.

With greater technological transparency, more journalists, civic organizations and activists can understand choices made through data and technology, and examine how decisions are made to hush or amplify certain voices in our society. In essence, transparency would help return power to the people.