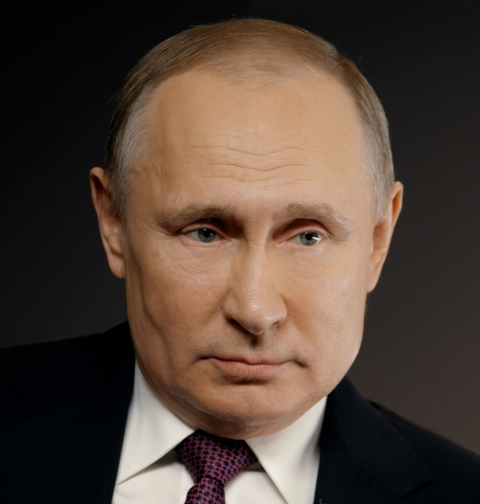 An anti-LGBTQ ad by a pro-Kremlin news portal has sparked outrage on Russian social media -- and drawn attention to a propaganda campaign for a national referendum that could pave the way for Russian President Vladimir Putin to stay in power until 2036.

The viral video, produced by the Russian online tabloid RIA FAN, depicts a young boy being greeted at an orphanage by his new adoptive father.

"And where's my mother?" the boy asks.

"There's your mother," the father says, nodding to another actor -- a caricature of a flamboyantly gay man -- waiting in a car outside.

The video then ends with a voiceover. "Is this the Russia you want?" it says. "Decide the future of the country. Vote for the amendments to the constitution."

At issue is a national vote that would amend the constitution and reset the clock on presidential term limits, allowing Putin to stay on as president past 2024, when his second consecutive term in office comes to an end, among other things.

The set of changes also includes controversial amendments such as defining marriage as a "union between a man and a woman." Russian law does not permit same-sex marriages or partnerships, and adoption laws generally bar same-sex couples from adopting.

The vote was originally scheduled to take place on April 22, but those plans were scrapped amid the coronavirus pandemic, dealing a blow to the Kremlin's plans to push through the changes.

The video, released Tuesday, drew immediate condemnation online. Stimul, a group of LGBTQ activists, called for an investigation of the video, saying it "incites hatred and hostility" and violates Russian law on online communication.

The group said it had asked Roskomnadzor, Russia's communications regulator, to block the video.

Alexander Filimonenko, the actor who played the gay man, apologized in an Instagram post after the backlash.

"Dear friends, I'd like to express my regret due to the situation unfolding with the clip I played a part in," he said.

"I'm very sorry that I ended up being involved in the politics. In no way I wanted to offend anyone. Thanks to everyone and my loved ones for the words of support."

Russian opposition leader Alexei Navalny, activist Pyotr Verzilov and the prominent journalist Tania Felgengauer were among those who mocked or denounced the video on Twitter.

RIA FAN said it produced the video as part of a get-out-the-vote series.

Nikolay Stolyarchuk, the head of Patriot Media Group, the parent company of RIA FAN, acknowledged the controversy but said the video was in line with Russian laws passed under Putin's rule that have outlawed so-called "homosexual propaganda," measures that have drawn widespread international condemnation.

"The first in a large series of videos on amendments to the constitution of the Russian Federation caused an unprecedented craze," he said. "I agree that the topic is ambiguous, but the point of this video is not in campaigning against homosexuals, as some representatives of the opposition are trying to paint it."

Stolyarchuk noted that one of the constitutional amendments -- which were passed by Russia's rubber-stamp parliament and quickly cleared by its constitutional court -- would state explicitly that marriage is only between a man and a woman.

"The main point is not to fight against the LGBT community, but to defend the institution of family as a union of a man and a woman," Stolyarchuk said. "I am also of the opinion that same-sex partners must not be allowed to adopt children."

The chairman of the board of trustees of Patriot Media Group is Yevgeny Prigozhin, a Kremlin-friendly oligarch who was sanctioned by the US for funding the Internet Research Agency that meddled in the 2016 presidential election.

Lyubov Sobol, an opposition activist, said she was not surprised that RIA FAN was behind the video.

"I don't understand why everyone is seriously discussing RIA FAN doing something on the amendments and are surprised," she wrote. "One would be surprised if they came out with something objective, truthful and worthwhile. But a trash bin was created for dirt."

The timing of the anti-gay video, which has drawn over 76,000 views on YouTube, seems clear. On Monday, Putin announced that the vote on the constitutional amendments will take place on July 1.