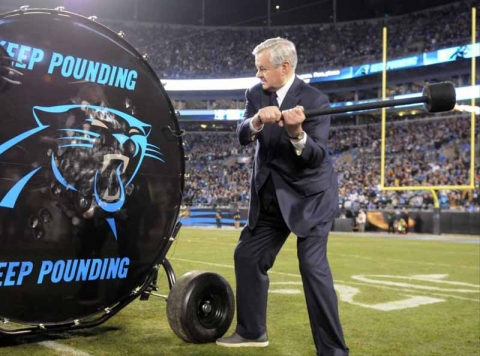 The legislation threatens the team as well as the venue in which they play. Time Warner Cable Arena was expected to be the site of next year’s NBA All-Star game.

The Carolina Panthers told The Charlotte Observer they will not comment on the law, which prohibits cities and counties from making their own anti-discrimination laws.

The law, which has been criticized for being anti-LGBT, was signed by Gov. Pat McCrory. According to the campaign finance website FollowTheMoney, Panthers majority owner Jerry Richardson and three other members of the team's ownership group — Derick S. Close, H.C. Bissell and Steve Wordsworth — are among McCrory's top donors. McCrory previously spent 14 years as mayor of Charlotte.

The Carolina Panthers are the defending NFC champions and lost the Super Bowl in February to the Denver Broncos.