ANTI-LGBTQ bills being used to distract from Oklahoma budget crisis 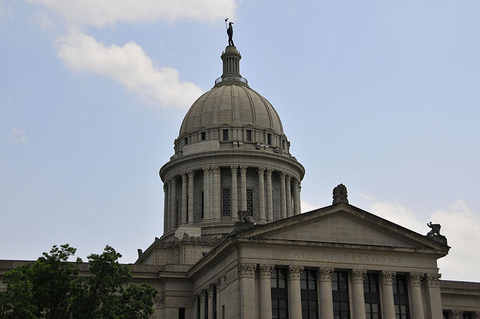 Instead of focusing on the state's budget crisis, Oklahoma legislators are trying to divert attention by hearing anti-LGBTQ bills. File photo.

(Oklahoma City)  It was our hope that 2017 was going to be the year where lawmakers focused on fixing the nearly one billion dollar revenue shortfall that has plagued our state for several years, yet once again, lawmakers are playing the politics of distraction and focusing on social issues that do nothing to move Oklahoma forward.

Late Friday evening we got word that two anti-LGBTQ bills were being scheduled for committee hearings early this week. The first - Senate Bill 694 – was scheduled to be heard this morning at 10:30 a.m. in the General Government committee. This is the same bill we defeated in committee in 2016. It would strip local control away from all municipalities and counties in Oklahoma barring them from passing ordinances that go farther than state law.

This would not only strip protections away from LGBTQ Oklahomans in OKC, Tulsa, and Norman, it would also stop cities from prohibiting people from carrying guns into stadiums and potentially university campuses. This bill would not only harm Oklahomans, it would damage the reputation of our state in the eyes of corporate America, stopping new revenue sources from entering the state.

The second bill - House Bill 1507 - will be heard at 1:30 p.m. on Tuesday, authored by Representative Strohm, this bill would allow discrimination in the adoption process. Laws that would allow child welfare workers to keep a child in foster care rather than place them with a loving, qualified couple violate the duty of the state to protect children, and is clearly unconstitutional. If HB 1507 were to become law Freedom Oklahoma would be forced to enter into litigation that could potentially cost the state millions of dollars in a time when we cannot even pay our teachers.

Freedom Oklahoma staff and members will be at the Oklahoma State Capitol and available to the media from 8:30 AM Monday until SB 694 is heard. And back on Tuesday from noon until after the Children Youth & Family Services Committee meeting.