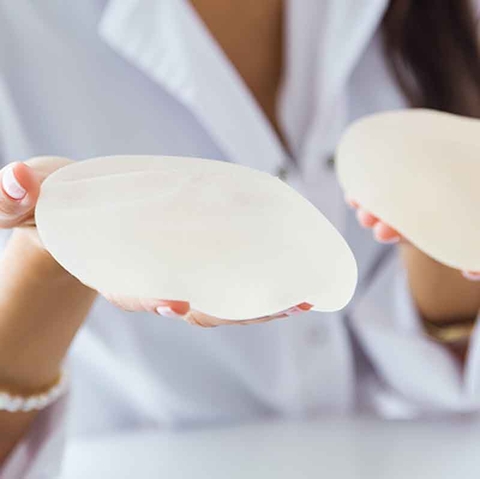 The question over the safety of breast implants has recently surged in the media. What is interesting is the debate that has been ongoing since the 1960s.

There are certain types of implants from which to stay away, but by and large, I believe they are safe. However, some patients may choose to remove them for a variety of reasons.

BII is a large, all-encompassing term that attempts to correlate vague, generalized symptoms into one diagnosis. The Journal of Plastic and Reconstructive Surgery recently published an article called Breast Implant Illness, A Way Forward. This article discusses a handful of case reports dating from the 1960s of breast implants acting as a non-specific stimulant of the immune system.

It then touches on how the media hyped up several cases in the 1980s, even though most patients had nonspecific symptoms and no abnormality in serological tests. Following this, the FDA mandated a moratorium in the 1990s severely limiting the use of silicone breast implants.

Clinical trials then followed, including one study which concluded no difference in the incidence of autoimmune-like disease between women with breast implants versus non-implant reconstruction.

After this, larger analyses were performed and again showed no evidence of an association between breast implants and a significant relative risk of individual connective tissue and autoimmune diseases.

In 2006, silicone implants were re-introduced to the US market with the stipulation that the manufacturers conduct large studies due to the lack of data.

Allergan and Mentor, two of the largest implant companies, performed a study with almost 100,000 women. Their findings showed a higher rate of Sjogren’s syndrome, scleroderma, rheumatoid arthritis, stillbirth, and melanoma when compared with normative data; however, this data was largely patient-reported, and not standardized.

With a lack of robust epidemiologic evidence to support, ongoing scientific evaluation should continue. The key will be to figure out which patients benefit and why. And although the relationship between breast implants and systemic disease, including autoimmune disease, has been postulated, studied, and claimed since the 1960s, no clear evidence exists, and the debate continues.

Textured breast implants have also been correlated with a specific type of cancer as defined above, BIA-ALCL. Although this is still a correlation, the evidence is quite high for the association.

This cancer is typically diagnosed when a collection of fluid builds around the implant, often years later. Research is ongoing to determine the relationship and causal factors. Different theories exist, but the prevalence of this cancer is very low. I do not recommend electively removing implants when no other findings or symptoms exist. In my practice, we no longer place textured implants.

The textured implant became popularized after anatomically shaped implants were developed. Instead of being perfectly round, these implants were more of a teardrop shape. The problem was that in some patients, the implant rotated after surgery, and the patient had a sideways breast.

Creating a textured implant made the implant “stick” to the tissue so it would not spin. After learning about the correlation with ALCL, the breast implant companies have since redirected back to the tried and true round implant, so it does not matter if it spins as it will retain the same shape.

Regardless of the lack of evidence showing any illness related to breast implants, many women find themselves desiring to have their implants removed. The surgery required to remove the implant is very simple and takes very little time. An incision can be made in the same scar that was used to place the implant, and the implant is easily removed.

When the scar is soft, it can be left in place; however, when a thickened, hard capsule exists, I recommend removing it as well.

I always discuss the patient’s goals during my consultation. If implant removal is the only goal then, that is what is performed. However, if the patient has concerns about feeling deflated or saggy after the implant is removed, then we discuss other options.

One option is to restore some of the volume with fat transfer to the breasts by simply rearranging one’s own inventory by taking from one area such as the abdomen and then placing it in the breasts.

Another option for those who do not want the size anymore but want to be perkier is a breast lift or mastopexy. In this surgery, the nipple and areola stay attached but the hanging skin and gland are removed, and the breast can be lifted back up to its previous location.

Many options exist, and Cosmetic Surgery Affiliates offers complimentary consultations to understand the patient’s goals so that decisions can be made together.