Are transgender students' needs being met in K-12 schools? 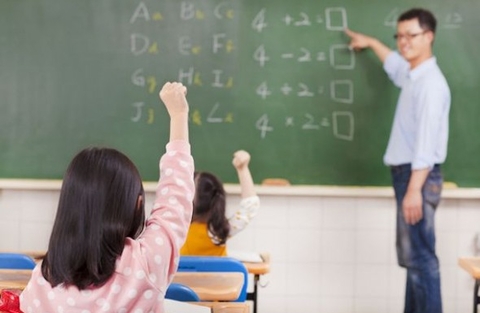 ST. GEORGE, Utah (AP) — It's the time of year when crosswalks are busy, school zone signs are flashing, and finding a No. 2 pencil at the drugstore may not be so easy.

Back-to-school season is obvious, especially in an area like southern Utah where there's a high concentration of young families.

Something perhaps not as apparent, though, are the silent struggles transgender students in Utah's public school system face.

From social rejection to violence to substance abuse, the Centers for Disease Control and Prevention have outlined significant health disparities between LGBT (lesbian, gay, bisexual and transgender) and heterosexual, cisgender (individuals whose gender identity corresponds with their birth sex) youth nationwide.

According to the CDC's 2016 Youth Risk Behavior Surveillance System, six categories of risky, health-related behaviors in youth are higher among LGBT students.

In addition, 16 out of 18 violence-related risk behaviors identified by the CDC were also higher among LGBT students, according to the nationwide survey.

And although the CDC recognizes there simply aren't enough statistics to clearly understand the scope of the problem, transgender youth are especially at risk.

According to the CDC and The Williams Institute, 1.4 million adults in the U.S. identify as transgender, and 7,200 live in Utah — although, since the study was conducted a year ago, those numbers are likely higher today.

The CDC's Morbidity and Mortality Report cites that violence, HIV infection, pregnancy, discrimination, family disapproval, and social rejection are higher among these youth, and yet the agency indicates that research about transgender youth is lacking.

"Not enough is known about health-related behaviors that contribute to negative health outcomes among sexual minority youth," the CDC's report cites.

In an effort to garner more information about this key population, the American Psychological Association passed a resolution in 2015 that not only calls for schools to create supportive environments for LGBT students, but also calls specifically for more data collection and research.

"The more data we have, the better we can respond to (LGBT youth's) unique needs," said Lacey Rosenbaum, director of the Safe and Supportive Schools Project. "APA in its resolution supports the validation of gender identity measures to better understand the experiences of transgender and gender-diverse students."

THE STAKES ARE HIGHER FOR TRANSGENDER YOUTH

It was a defining moment for Alan Campbell when he sat in the hairdresser's chair, waiting for the stylist to cut off more than 10" from atop his head.

"I chose a men's hairstyle, and everyone kept asking me if I was sure," Campbell recalled. "I remember how great it felt to have it taken off. It was a huge confidence booster."

Campbell is a recent graduate of Tuacahn Center for the Performing Arts, and he said coming out as a transgender man in a southern Utah school wasn't easy.

The ball started rolling after the symbolic haircut, but before that, Campbell said he grew up as a "tomboy," as a child who never felt drawn to dresses or makeup and a kid who really hated puberty.

"I was living my life, being a teenager, hating getting acne," Campbell joked. "I totally did not get it. I thought I was just a tomboy."

Campbell's family was supportive in his decision, albeit a new experience for them all, but that didn't stop his peers at school from giving him grief about his gender identity.

"My initial plan was to wait until college to transition so I didn't have to deal with as much backlash at school, but it got to a point where I knew that if I waited, I would end up killing myself."

The risky environment Campbell described isn't an anomaly across schools in the nation.

School climate studies cite that 76 percent of transgender students say they feel unsafe because of their gender identity, Rosenbaum said.

"Students are facing harassment, discrimination, and that's putting them at an increased risk for suicide, self-harm, drug use, etc.," she said. "That's obviously a significant concern."

According to the CDC's survey, nearly 13 percent of LGBT students said they had not gone to school because of safety concerns at least one day during the 30 days before they took the survey. Alternatively, only 6 percent of their heterosexual peers skipped class during this time because they felt unsafe at school.

Rosenbaum said the SSSP is funded to promote safe school environments for LGBT youth in an effort to combat several health-related risk behaviors. It serves 18 state departments of education, and Utah is not among them.

Last May, when the Obama Administration issued a directive to school districts to allow their students to use the bathroom of their chosen gender, Larry Bergeson, Washington County School District Superintendent, didn't say exactly how the district would implement the directive.

For Campbell, using the men's restroom was — and still is — an anxiety-inducing experience.

"I wanted to use the men's restroom to change, but I didn't want to get crap for it," he said. "I didn't want to make people feel uncomfortable. I just want to be who I am and make no issues. Everyone was pretty cool with that."

But in public bathrooms, Campbell said it's a different story, and he worries that he might be the victim of a physical confrontation one day because, although students confront him about using the men's restroom, he was on the receiving end of some bullying.

One peer in particular would refuse to acknowledge Campbell's chosen name and preferred pronouns of "he/him," only referring to Campbell as his former feminine name.

"She never really confronted me about it," Campbell said. "I couldn't go to administration, because she was just expressing her religion. Sadly it's an issue I've had to deal with."

Transgender youth are flagged by stopbullying.gov as a demographic that is at a significantly higher risk of becoming a victim of bullying than their cisgender or even LGB peers.

Anti-bullying efforts are seemingly of importance among the Trump Administration, whereas on the campaign trail prior to the election, First Lady Melania Trump pledged to focus on an initiative against cyber bullying.

However, not much movement has been made to expand the first lady's efforts, and USA Today reported the White House press secretary said it's "a work in progress."

Trump did not explicitly state transgender youth would be among the focus populations of the project, even though preventing bullying and harassment is No. 1 on the list of key strategies the Safe and Supportive Schools Project recommends to school boards across the nation to combat risk factors prevalent among transgender youth.

In addition, the CDC survey claims 14 percent of students who identified as LGBT or "unsure" reported being injured in a physical fight on school property versus 7 percent of their heterosexual, cisgender peers.

HOW CAN OUR SCHOOL DISTRICTS HELP?

When an in-class assignment for his high school government course required Campbell and his classmates to propose a bill, Campbell was inspired by his personal experiences with gender identity.

He chose to dub his faux bill the "Legal Name and Sex Change Act," which he said ended up being lengthier than other students'.

"It had statistics on why it was important, what happened to people who didn't have access to name changes, and it still didn't pass in the class," Campbell said. "My class decided it was not worth passing. This isn't just an issue with the older generation."

According to Rosenbaum, when LGBT students have certain interventions in place in their schools, they report feeling "connected and safe."

More specifically, key strategies and interventions that prevent bullying, support staff in improving students' access to supportive adults, and ensuring parent engagement in school are outlined by the SSSP.

But in both Washington and Iron Counties, no official policy or guideline for supporting LGBT students exists.

"We don't have a policy, per se, for dealing with (LGBT student issues). The reason is the policy would insinuate there's a problem there," said Steve Dunham, communication and public relations director for WCSD. "These kids aren't a problem, they're just like other kids."

Dunham gave an example: If a heterosexual student reached out to a counselor for dating advice, the counselor would "give similar advice" to a child who was among the LGBT population.

For ICSD, Dulaney said no policy has been adopted simply because of the size of the district, and that many risk factors outlined by the CDC aren't prevalent in its schools.

"We treat every student individually based on what their needs are," Dulaney said. "When risk factors are made known to us, we treat those just as we would for every student."

But part of where Campbell's dissonance came from, he said, was from faculty, staff, and administrators avoiding the topic completely.

"Sometimes you have to lie about yourself to stay safe, and I really wish that weren't true," he said. "I wish people were more educated and taught that there's nothing wrong with being transgender."

The APA also recommends ongoing professional development for everyone in a school setting regarding the needs of transgender students, and WCSD hopes to expand some tools to community professionals with an upcoming training.

The training is free and will be offered through the Utah Domestic Violence Coalition at the Woodward Building on Sept. 5. Dunham said the workshop will offer tips on how to advocate for the rights and safety of LGBT clients, and all WCSD counselors will be encouraged to attend.

The role of school staff as whole is important in terms of preventing many potential risks facing the transgender community, Rosenbaum said.

"We feel like a lot of LGBT students are doing really well in schools: They have access to supportive adults and resources, and that's a message I think gets lost," Rosenbaum said. "At the same time, they can be at an elevated risk often because of stigma and discrimination. The importance of safe school climate becomes really essential."

By EMILY HAVENS, The Spectrum