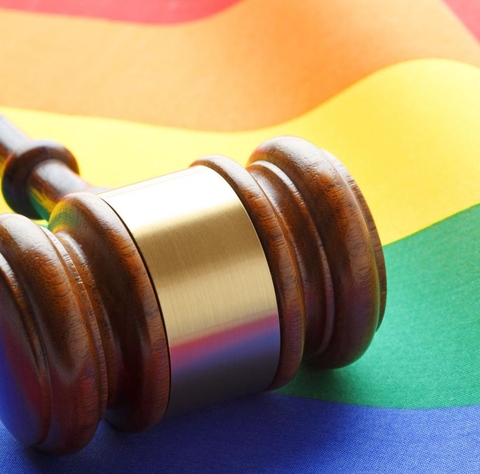 A 2013 Phoenix law that adds "sexual orientation, gender identity or expression" to the city's nondiscrimination ordinance violated the freedom of speech and religious beliefs of two business owners, the Arizona Supreme Court said in a 4-3 ruling Monday.

Wedding invitation designers Joanna Duka and Breanna Koski, owners of Brush & Nib Studio, filed a lawsuit to challenge the city ordinance out of fear they'd be put in jail for refusing to create custom invitations that "celebrate same-sex marriage," the court decision says.

Both the owners are Christians and seek to operate their business "consistent with their religious beliefs," the court says.

"Duka and Koski's beliefs about same-sex marriage may seem old-fashioned, or even offensive to some," the court decision reads. "But the guarantees of free speech and freedom of religion are not only for those who are deemed sufficiently enlightened, advanced, or progressive. They are for everyone."

The two women's work is inspired by their faith, Jonathan Scruggs, their attorney from Alliance Defending Freedom said Monday.

"Through their custom artwork they seek to convey messages that are consistent with their beliefs and as the court explained today, this means that while they create artwork for all people they cannot create custom artwork to celebrate and promote messages they disagree with," Scruggs said.

"What matters is the message, not the person," he added.

Duka also said after the ruling that the two would "gladly serve everyone but we cannot create custom artwork celebrating certain events."

The owners sued in 2016 but lost their case in the Maricopa County Superior Court in 2017 and the Arizona Court of Appeals in 2018.

The new ruling is narrow, applying to only this business, and did not strike down the city's law, said Eric Fraser, the attorney who argued on behalf of the city.

Shortly after the ruling, Phoenix Mayor Kate Gallego said the court's decision was "not a win but it is not a loss."

"We will continue to have a debate over equality in this community," she said, adding that the city's non-discrimination ordinance still stands. "We will not stop with our fight."

The mayor also said the case was never about one business but whether "we would accept discrimination in our community."

Having that freedom means being able to "peacefully live and work according to their beliefs without fear of unjust punishment," Duka said.

"We brought our case to protect this freedom not just for us, but for all Americans," she added.

In a dissenting opinion, Judge Christopher P. Staring wrote he was concerned that "ironically, today's holding could be relied on to discriminate against individuals based on their religion and religious beliefs."

That's the concern echoed by the Human Rights Campaign, which called the ruling "a license to discriminate."

"Today's decision could also open the door for discrimination against other communities protected by the ordinance including religious minorities and women. LGBTQ Arizonans pay taxes, own businesses, serve in our military and contribute to our economy, and they deserve a government that stands with them," the organization's Deputy Campaign Director Justin Unga said in a statement.

The American Civil Liberties Union of Arizona called the decision "disappointing," but emphasized the ruling was not a "blanket license" for businesses to discriminate, but was specific only to the Phoenix business.

"We'll keep fighting to ensure protections for LGBT Arizonans so that no one can be fired from their job, denied a place to live, or be turned away from a business simply because of who they are and who they love," ACLU of Arizona Policy Director Darrell Hill said in a statement.