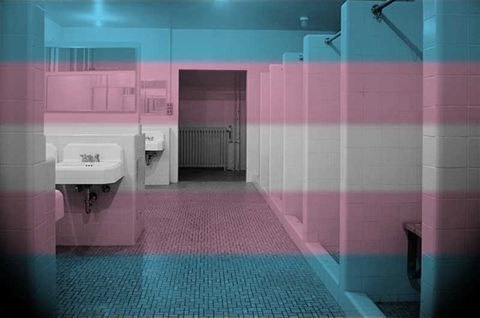 Bill is clearly aimed at the transgender community.

Earlier this month, the Arkansas House of Representatives advanced HB 1986, an anti-transgender bill, to the Senate. The bill intends to discriminate against transgender Arkansans by making it criminal for a transgender person to access a sex-segregated space consistent with their gender identity.

According to NBC Out, Republican Rep. Bob Ballinger's proposal would make it a crime for people to knowingly expose their sex organs to someone of the opposite sex in a public place under circumstances likely to cause alarm. Ballinger said the measure was needed to protect children in situations such as when a father takes his daughter into the men's restroom. The bill would make it a crime for the men to deliberately expose themselves to the child.

But American Civil Liberties Union of Arkansas legal director Holly Dickson says laws already are in place to address people acting with criminal intent in public restrooms. Dickson says Ballinger's bill is just a way to make it a crime for transgender people to use bathrooms that correspond with their gender identity.

"This bill is intimidating. It can lead to increased harassment. It will chill transgender people's participation in public life," Dickson said.

She noted the impact statement attached to the proposed measure, which says there were only seven convictions for violations of Arkansas' current indecent exposure law from 2013 to 2015.

"It is creating problems where there are no problems," Dickson said.

National Center for Transgender Equality executive director Mara Keisling said the Arkansas bill is clearly aimed at the transgender community and could have an impact on the state's economy.

"It makes Arkansas a harder place to grow jobs. As there have been more diverse workplaces, companies have to set up shop where they can send employees," Keisling said.