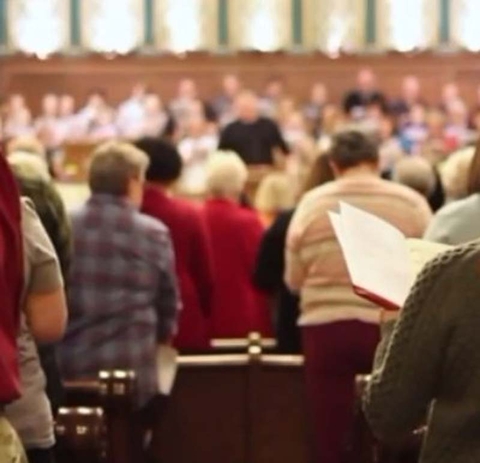 No firm decision on the possible split can be made until the church's governing body, the General Council, which meets in May 2020.

Senior Pastor at First United Methodist Church in Rogers, Michael Mattox, says at this time of uncertainty he's urging his clergy to pray, reflect and research.

For decades, members of the 13 million person denomination faced conflict on the topic of human sexuality.

“We’ve been struggling with the issue of homosexuality that is in our book of discipline,” Mattox said.

Part of the United Methodist Church is pushing for full inclusion for LGBTQ people while others hope to keep more traditional conservative teachings along with the denomination’s ban on same-sex marriage and LGBTQ clergy.

On Jan. 3 a diverse group of leaders released a signed document called the Protocol to Present to the General Conference in May of this year for a vote on a possible separation.

“I hope and pray for a spirit of openness, a spirit of welcome, a spirit of renewal and an acknowledgment that all are created in the image of God,” Mattox said.

The conversation began in 1972 when the UMC added affirmations about human sexuality to its book of discipline.

While no official split or separation of the denomination has happened, Steven Gonzalez left the United Methodist Church years ago partly because of this issue.

“They were taking a different turn from what I was used to. Some of the way they were interrupting scripture were becoming problematic,” said Gonzalez, who is the Pastor for His Glory Church.

Gonzalez now serves as a pastor at a non-denominational church in Fort Smith where his teachings are more traditional.

Mattox says this waiting period until the General Session in St. Louis should be used for prayer and education with the United Methodist Churches.

“Lots of prayer lots of research. Understanding how United Methodist works and even how we make decisions with our new governance as a general conference,” Mattox said.

The General Conference for the United Methodist Church is held once every four years, but a special session was held last year on this topic.

The conference at that time approved what it called "The Traditional Plan," which continued the church's ban on same-sex marriage and LGBTQ clergy.

If the separation were to happen, the protocol states the main body of the United Methodist Church would recognize the dignity of LGBTQ people and a new traditionalist Methodist denomination would form as a separate branch.