Asa Leveaux: A queer man with a million ideas 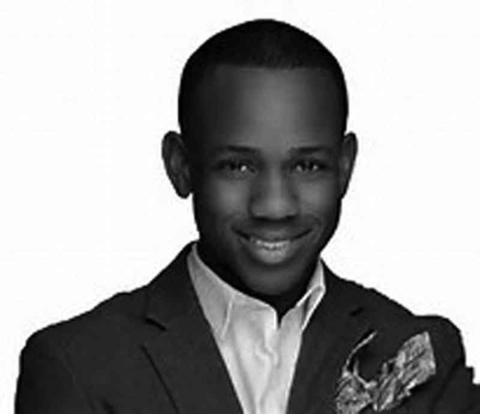 I first met Asa Leveaux in the early 2000’s at Oklahoma State University (OSU). My first impression of him was, “Wow, he has a smile that lights up the room!”

I didn’t attend OSU, but visited my sister on a regular basis. So regular, in fact, people thought I also attended the university. I even joined the OSU Burning Black Gospel choir; he was a member.

To me, it was evident that this man was a natural born leader. People gravitated toward him and he always had great ideas. It wasn’t until later, after reuniting with him on Facebook, I found out at that time he was an ally to the LGBT+ community and has since came out publicly as queer.

“I realized that I did not have one older queer black man to look up to while growing up as a chocolate boy in Oklahoma,” said Leveaux. “I decided to become that.”

The conversation led me to ask how he ‘made it.’ His response was brilliant.

“I do not ever want to ever make it…you have made it when you are dead. There’s always something to aspire to do.”

I believe that his recent coming out will give more of the black queer community courage to come out. Leveaux has given them a great example of how to be a successful proud black queer, living in the south, who lives unapologetically.

His book I Am Man Enough: 365 Affirmations for Men gives permission to men to break free from stereotypes placed upon them. It reinforces the idea that a man is a man regardless if they are gay, straight, effeminate or masculine.

I was drawn to his work because we were both people of faith. I also realized that Leveaux was a businessman with hands in many industries. He is a military serviceman, public speaker, author, coach, mentor, entrepreneur and a father.

He founded the Genius Academy which promotes personal success through the implementation of key strategies that are encouraged through inspiration and tactical execution. His business motto is “Business is a necessity. Bliss is a luxury. You deserve both!” He coaches entrepreneurs by helping them build their businesses and he trains public speakers.

Leveaux has been featured in Huffington Post, Black Enterprise and other publications. His website for Queer School, a free online school for LGBT+ people, provides self-developmental courses that help members of the LBGT+ community affirm their love for themselves without judgement.

On that site, there is a story titled Jesus Stole My Man. In this writing, he shared a deeply intimate portrayal of himself as a queer black man who was raised in the church while being in the closet and being attracted to other chocolate men who are struggling with coming out within a faith based life. The title is fitting because Christianity has kept other queer men from wanting to be in an open relationship with him and puts them in a dilemma of how to be a good Christian.