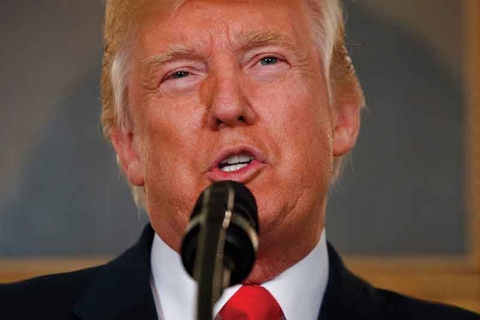 Most of them said some version of “could be” but also wanted to wait and see. I think we are past that. To me, there are clear signs that Trump would like to be an authoritarian ruler.

That is exactly what we’re going to get if the other two branches of the government, as well as the electorate, don’t stand up and start fighting.

What are the signs? Some experts say systematic attempts to intimidate the media are a signal. Trump has certainly tried to do that, without much success in my opinion. Rather the media shows new energy.

He certainly has done damage to the media, with his claims of “fake news” and that the media is the enemy of the American people.

He is constantly tweeting about the media, refuses to hold press conferences and doesn’t answer questions when confronted.

He has convinced millions that the media can’t be trusted and that we lie – a problem worse that intimidating the press.

For his base, he has built a nice little Trump echo chamber, led by Fox News and by alt-right outlets like Breitbart News.

True believers can hear how great Trump is and how much he is putting it to the liberals, 24/7.

An area I had some confidence in is the military. One of the signs of creeping authoritarianism is appointing military generals to civilian jobs.

Because of my military background, I thought since Trump has former generals in highly sensitive posts, they would be a bulwark against him doing something stupid and unconstitutional. After all, they have sworn allegiance to the Constitution, not to the president.

They don’t appear to be pushing back when Trump tries to do stupid things. Like tweeting his ban transgender military service or trading taunts with North Korea’s leader that would make a fifth-grader proud.

Discrediting domestic security agencies is yet another bad sign. He has spent significant time trying to destroy the CIA and the FBI, saying that the bureau’s reputation is in tatters.

He has obsessed over Hillary Clinton. During the campaign, chants of “lock her up” were repeatedly heard at rallies. In a debate, Trump said he would like to see her in jail. We don’t lock up our political opponents. It’s a bad sign of authoritarian creep.

He has also heavily criticized many members of Congress, both Republicans and Democrats. Many of them have lashed out; some have decided not to run for re-election.

This means there will be fewer in his party who will criticize or vote against his proposals or nominations.

Other signs? Using state power to reward corporate backers and punish opponents. If the tax bill passed and signed in December wasn’t that, I don’t know what is.

Stacking the Supreme Court is another. One down, three with an average age of 80 yet to go. It doesn’t look good for moderates and liberals.

His biggest achievement yet is fear mongering. He has his base and probably a lot more Americans afraid of what comes next.

Whether we are conservative, moderate or liberal, we hold our breath from day to day worrying about what he will do next.

We’d better stand up and start fighting. It’s an election year, and we have a chance to head off the Trump tide. The elections this year prove it is possible. Resist!