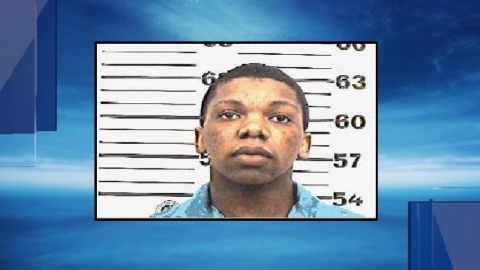 OKLAHOMA CITY (AP) — The suspect in a robbery in which an Oklahoma bank president was fatally shot had been released from a Texas prison by mistake, records show.

The Oklahoman (http://bit.ly/1PujOBW ) reported Saturday that the records indicate Cedric Lamont Norris had been allowed to leave the Texas prison in March 2012 despite still needing to complete prison sentences of 60 years and 10 years in Oklahoma. Norris, 39, died during a shootout with police following the robbery Thursday at the Bank of Eufaula in eastern Oklahoma.

Norris was arrested in February 2005 in Dallas after jewelry store robberies in Oklahoma and Texas. In December of that year, he was moved to Tulsa County and then Creek County, both in Oklahoma, for trials.

He was sentenced to 10 years in prison for a Tulsa jewelry store robbery and 60 years for a robbery in Sapulpa, according to the newspaper. Records show he was picked up from the Tulsa County jail in 2007, after the trials, and returned to Texas to serve prison time there, the newspaper report said.

Officials in Oklahoma blame the Texas Department of Criminal Justice, the agency that runs that state's prisons, for Norris not being returned to Oklahoma to finish his prison time there.

"As to why he's out, I couldn't tell you," said Creek County District Attorney Max Cook. "I guess Texas department of corrections would be the ones who could tell you why they released him. I'm surprised. ... We certainly didn't expect him to be out that soon after getting 60 years."

Texas corrections officials said they don't have any notices from Oklahoma that would have prevented his release.

But a Tulsa County sheriff's spokesman said Texas corrections officers who picked Norris up in 2007 were at least told about his 10-year sentence in the Tulsa County case. The agency taking custody of an inmate is provided his personal property as well as a copy of the court document detailing the inmate's sentence, Deputy Sheriff Justin Green said.

Norris, who had a lengthy criminal record, was last convicted in Texas of theft and sentenced to 12 years in prison in October 2008. He was released on March 22, 2012, on mandatory supervision that would have ended in February 2017.

Copyright 2016 The Associated Press. All rights reserved. This material may not be published, broadcast, rewritten or redistributed.
The Gayly - 1/24/2016 @