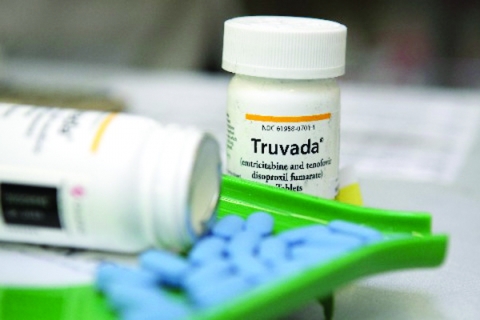 “Gee, it can change the world…if it weren’t for all the people in it.”

PrEP, or Pre-Exposure Prophylaxis is a way for people who don't have HIV but who are at very high risk of getting it to prevent HIV infection by taking a pill every day. The pill contains two medicines that are also used to treat HIV.

Truvada is only the first form of PrEP. Gilead makes Truvada but it does not “promote” PreP. The efficacy and side effect profile of Truvada (as PrEP) is confirmed and beyond debate.

“We no longer have to have a conversation as to whether or not it works. PrEP does not need to be taken when you are in the passionate moment of sex,” said Mark King, publisher of My Fabulous Disease.

There are other medications available for PrEP, but this is the most popular one on the market right now, adds King.

King goes on to say, “There was an unspoken agreement that gay men made amongst ourselves during the AIDS crisis of the 1980’s. We accepted that we would use condoms – at the time it was the only ‘safer sex’ option that existed – until whatever time the crisis abated. Many of us believed this contract would be in effect for the rest of lives, if only because we thought we would be dead within a few short years. But none of us could have fathomed that, thirty years later, we would still be held to these strict and oppressive guidelines.

“Even then, some of us didn’t follow them. One might assume that the cascade of death we experienced would have led to long term behavioral change. In fact, many of us responded to the crisis in a profoundly human way: we found comfort by making love with one another, often without a condom. It was a life affirming gesture, and an enormous “fuck you” to AIDS.

“In fact, a 1988 study of gay men showed that almost half of them never used condoms, and most did not use them all of the time. These figures are strikingly similar to the recent Grindr results. Everything old is new again. Or it never went out of style in the first place.”

PrEP is PrEParing us for a change. A change in a new “sexual revolution,” of sorts.

“I have heard people say PrEP gives them a license for things they shouldn’t do – I don’t advocate that,” said Mathew Rodriguez of Mic.com. “Also, some people are going to the ER for PEP treatment (Post Exposure Prophylaxis).”

PEP (post-exposure prophylaxis) means taking antiretroviral medicines (ART) after being potentially exposed to HIV to prevent becoming infected. PEP should be used only in emergency situations and must be started within 72 hours after a recent possible exposure to HIV. (CDC)

“Young gay men are using PrEP to fight trauma,” adds Rodriguez. “Given the trauma that many gay men are living with due to the AIDS crisis, in many ways, PrEP is not just a physical health drug, but also a mental health drug.”

Gilead Sciences is a pharmaceutical company that discovers, develops and commercializes innovative therapeutics in areas of unmet medical need.