Because they resisted: The trans women that rocked Stonewall 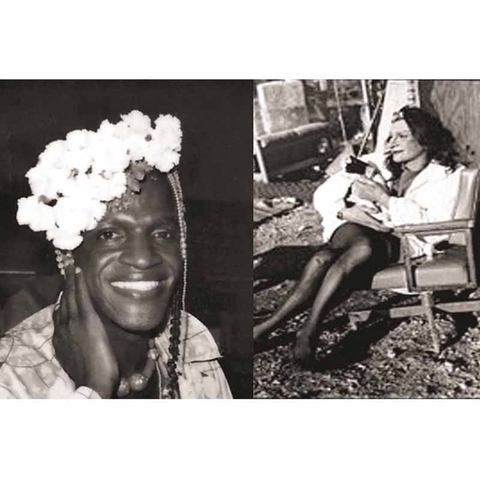 The music is loud. The drinks are flowing. Glitter is in the air. Imagine yourself as a trans woman of color, dancing the night away with your LGBTQ friends at an illegal nightclub because showing same sex affection in public is outlawed.

All of a sudden, you hear police car sirens and “here we go,” another raid. You think of who will bail you out this time. You hope you do not get raped in the jail cell again. This has happened almost every single time you have gone to this club, but this night was different. This night you and your friend have had enough and decide to resist.

The two trans women that started the uprising of the Stonewall/gay rights movement were women of color: Martha P. Johnson (an African American) and Sylvia Rivera (a Latina American). They decided that on the night of June 28, 1969 at the Stonewall Inn, they were done being bullied and terrorized by the NYC police. Johnson and Rivera are often overlooked as being the brave people that sparked the pushback against authorities.

According to the book Stonewall: The Riots That Sparked the Gay Revolution, an eye witness stated that these two women yelled and threw objects at the police which triggered the others in the crowd to fight back as well.

The LGBTQ equality movement since then has been largely credited to white gay males, but there are many POC (people of color) who are pioneers in their local organizations and nationwide.

I have tried to put myself in Marsha and Sylvia’s shoes and all I can think of is how fed up they must have been to challenge the police and the guts it takes to be a POC in that situation. Even to this day POC are more likely to die by the hands of the police than whites. They were willing to die for their rights. But they lived and so did their dream.

Since that time, both women have passed away. They did not get to see marriage equality across the land, but maybe they are proudly looking down on us from rainbow heaven. Physical violence is not necessary in today’s society in order to get equality. We fight in the court rooms, on legislative floors and other venues. But because of them our fight gets easier. And, because of us, future generations will not have to fight so hard.

The world told them no, nevertheless they persisted. Always resist the opposition. Always use your voice to fight for your rights, for it is the best weapon that you have. This Pride and every Pride, keep Marsha and Sylvia in your heart.