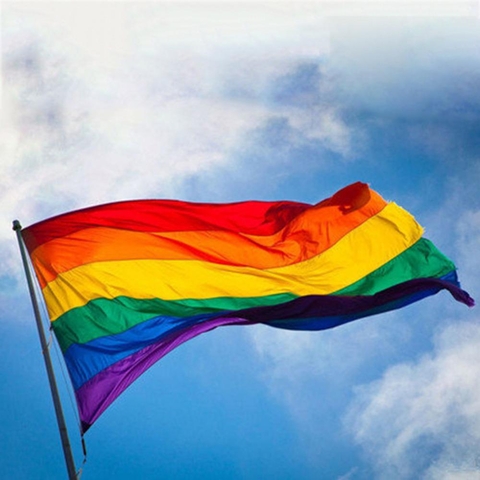 When you travel, few things offer more comfort than a friendly place to lay your head.

For lesbian, gay, bisexual and transgender travelers, a welcoming place to stay is perhaps the single-most important element of planning a trip.

After all, nobody wants to plan a relaxing vacation only to have their bliss diminished by feeling unwelcome or unsafe.

So with both Pride and summer-travel seasons ahead, we've rounded up this list of the world's top LGBT-friendly accommodations (or cities) around the world.

This roster focuses on gay and lesbian-owned properties, hotels with out team members, major LGBT destinations and hotel brands that expressly support the LGBT community.

The world's original melting-pot city is rich in LGBT culture.

In 2019, NYC will mark a half century since the Stonewall uprising—the six-day-long riot that galvanized the gay civil-rights movement. About three million travelers are expected to visit the city for June's Stonewall50 and WorldPride (making its U.S. debut).

The good news is that most hotels in all five boroughs welcome all travelers and serve as reliably comfortable, safe places for gay guests. So visitors bound for NYC can plan for lodging based on their own priorities, be it budget, location or style.

But for those who wish only to perch in prime gay neighborhoods, aim for Greenwich Village, Chelsea, Hell's Kitchen, the East Village; Brooklyn's Williamsburg, Bushwick or Park Slope; or Queens's Jackson Heights.

The history of the gay rights movement runs deep in San Francisco, the city that many LGBT travelers consider an essential destination.

Its first gay bar opened in 1908 (although it didn't stay open for long, the precedent was set), its first lesbian organization started in 1955, and Life Magazine called it the "gay capital of America" back in 1964.

Today, lodging in an welcoming hotel or B&B is as easy as booking a reservation virtually anywhere across San Fran.

But travelers looking to immerse themselves in the city's go-to "gayborhoods" should aim for lodging in The Castro, Mission Dolores, Tenderloin, SOMA or Bernal Heights.

The City of Angels' LGBT history began with some of the world's first gay protests, back in the 1950s. Today, downtown L.A., Silver Lake and even Long Beach (on the city's southern edge) are home to gay-owned businesses and clubs and year-round events.

But West Hollywood remains the city's top LGBT destination -- and technically a city unto itself, with its own mayor and city council. Its two square miles comprise arguably the gayest city in America, hosting L.A. Pride in early June.

LGBT travelers can expect to find boutique hotels like The Chamberlain, friendly chains like the Best Western Plus Sunset Plaza Hotel and luxury scenes like The Mondrian to deliver sunny hospitality to an array of guests.

One of America's oldest cities is probably its gayest, serving as New England's ultimate LGBT destination since the first women innkeepers met for a clambake on the beach back in the early 1980s.

LGBT travelers can book at a hotel or B&B in P-town with confidence that if it's not gay-owned, it's plenty friendly. Local sites like Provincetown.com and Women Innkeepers of Provincetown are good places to start your search for a dreamy Cape Cod getaway.

The French Quarter remains one of America's most all-welcoming, anything-goes neighborhoods, with adjacent areas like the Marigny and Bywater emerging as easygoing gay and lesbian hubs.

Of the city's many LGBT-friendly accommodations, the Bourbon Orleans Hotel stands out for its central location, affordability and lovely courtyard and guestrooms. Plus it's part of the New Orleans Hotel Collection, a group of locally owned, boutique properties that expressly markets to LGBT travelers.

LGBT travelers flock to the desert oasis of Palm Springs for huge annual events like the Dinah (that would be the annual Dinah Shore Weekend, arguably the world's biggest lesbian event) as well as for its year-round gay appeal.

Hotels are ubiquitous here, but the new Villa Royale offers a quintessential Palm Springs experience thanks to its authentic mid-century origins as a woman-owned hotel on the south end of downtown.

Today, its sleekly restored rooms are complemented by original art, period furnishings, in-room cocktail parlors and a courtyard pool (plus it's pet-friendly).

Oregon's main metropolis is one of America's most progressive.

It's also such a residential city that its hotels are predominantly clustered downtown. That includes Hotel Lucia, part of the LGBT-friendly Provenance Hotels portfolio.

The trail of San Francisco's queer weekenders leads to Guerneville, a sweet Sonoma County village on the Russian River.

The residential population may be small, but local LGBT-owned businesses are plenty.

Among them are the "adult-focused" Boon Hotel + Spa, a lesbian-owned boutique property nestled among the redwoods, complete with solar-heated saline pool, turntables and vinyl records, bikes and in-room breakfast delivery.

Chicago's gay neighborhoods, like Andersonville and Boystown, are home to cute shops and flirty nightclubs. But the Loop is where you'll find many of the city's delights, from restaurants to museums to the famous Theater District.

The Kimpton Hotel Allegro is parked right in the middle of the action, one of four LGBT-friendly Kimpton properties in the vicinity.

Head here for chic design and comfy accommodations at good rates (including yoga mats in every room), plus a complimentary daily cocktail hour in one of Chicago's best hotel bars.

The Texas capital happens to be its most liberal city, with open arms for LGBT travelers and a fun Pride festival and parade each August.

Atop the cool accommodations list is Hotel San José, a central, homey spot that's an anchor along S. Congress Avenue.

It's one of several (mostly regional) hotels founded by Liz Lambert, who's become something of a local lesbian mogul.

Stay here to enjoy the shady pool and courtyard, cozy room features, and even loaner typewriters and Polaroid cameras (buy film in the lobby).

Just outside of Toronto's entertainment district in Kings West Village, discover this luxury boutique hotel that has long supported and hosted the LGBT community.

If the sophisticated design and slick in-room technology aren't enough, the hotel's rooftop pool and lounge overlooking the city skyline should be enough incentive.

Modernity within complements the historic context of this Old Montreal boutique hotel, just a short jaunt to the Village—one of Canada's (and the world's) great LGBT neighborhoods.

Along with cozy rooms, local artwork and a luxury spa, the William Gray offers stellar views from its rooftop lounge and posh relaxation in its gorgeous lobby Living Room, where you can read, have a drink or don headphones to spin your choice of vinyl records.

One of Canada's brightest Pride marches sparks up every August in Vancouver, though the city is a year-round hotspot for LGBT travelers.

For a dose of vintage character in the West End, book at The Burrard, a 1956 motor hotel that's renovated with 21st century amenities and sassy flair to tempt gay globetrotters.

Among the tree-lined streets of Polanco rises the W Mexico City, where you can enjoy the brand's modern décor as well as its gay-friendly atmosphere and house team.

The hotel maintains a boutique vibe despite its size, with roomy suites, a flirty indoor/outdoor lounge and restaurant and refined spa offering locally inspired treatments.

Mexico's top LGBT destination, Puerto Vallarta is home to glamorous old-Hollywood history, gorgeous beaches and one of the best week-long Pride festivals in the world.

Up the hill from Zona Romantica, check into the city's suave hotel Casa Cupula for great dining (and a can't-miss brunch), bright accommodations and a pool club overlooking the ocean.

Argentina became the first Latin-American country to institute same-sex marriage in 2010 and some of the world's most progressive transgender rights laws in 2012.

In its capital city, LGBT travelers can enjoy nightlife and culture in neighborhoods like Palermo and Recoleta and relax at Centro's Claridge Hotel (a World Rainbow Hotels member).

Its 1946 neo-classical building is also home to a gym, outdoor pool and the gamut of modern hotel amenities like high speed Wi-Fi.

At the Country Club Lima in San Isidro, extra-spacious rooms and friendly staff are keys to this ever-hospitable hotel.

Bonus: its restaurant's outdoor terrace is the perfect spot to sip a pisco sour on your Lima layover to Machu Picchu.

The full English experience includes a warm welcome for LGBT travelers in London with this gay-friendly Red Carnation-brand hotel.

The Chesterfield is in Mayfair, near the Royal Parks, Trafalgar Square and bustling Soho, where lots of London gay nightlife (and day life) hums.

One of the world's biggest gay-hotel brands labels itself "hetero-friendly" and operates two hotels in Barcelona.

The city's original Axel in Eixample is a slick boutique accommodation in the heart of the gay scene, while its TWO Hotel Barcelona by Axel just is a few blocks over. Both have smart, sophisticated style, plus roof terraces, fitness centers and guaranteed flirty vibes.

Filling out a combined historic duplex and eight-story tower is this 23-room, gay-centric hotel with an intimate cocktail bar and courtyard, original artwork and 24-hour room service.

Located in Paris's famous LGBT neighborhood, Le Marais, the posh Jules & Jim (named for the Truffaut film) is homey, but chic enough to suit the avant-garde vibes of the 3rd arrondissement and nearby Pompidou Museum.

Simple, elegant and affordable are key words for this Berlin inn, located two blocks from the Schwules (German for gay) Museum in the city's central LGBT neighborhood of Nollendorfplatz.

Breakfast and free Wi-Fi are included in the rate, and you'll love the easy access to Motzstrasse, home to July's annual Christopher Street Day and Pride week.

Its June Pride festival is huge—a telling sign that Tel Aviv is among the most welcoming cities for gay travelers. Among its gay-friendly accommodations are two Brown Hotel properties.

The Brown Beach House is a stylish seaside scene with mid-century Miami style and just steps from the "gay beach."

The urban Brown TLV, meanwhile, ties into the city's cool LGBT scene in the Neve Tzedek quarter and invites you to rest up in your cozy room, or sip cocktails in the rooftop or garden bars.

South Africa was among the world's first nations to adopt marriage equality back in 2005, and Cape Town remains a delightful (and affordable) destination for gay travelers.

One of its top hotels, the iconic pink Mount Nelson, occupies a historic estate that's been elegantly modernized by Belmond—a longtime member of the International Gay and Lesbian Travel Association IGLTA and a proud supporter of the LGBT community worldwide.

Considered one of the most liberal parts of Asia, the island of Taiwan offers a more open culture that welcomes LGBT travelers.

In the capital city, the Humble House may have a modest moniker, but its posh style invites in even the most colorful guests (especially as a World Rainbow Hotel member).

Don't miss a swim in the rooftop pool, where you can catch watch the sun set behind the iconic pagoda-style Taipei 101 tower.

Occupying a converted film-company headquarters, this boutique accommodation is parked among Surry Hills' enclave of gay bars and entertainment venues in Sydney.

The hotel has 29 rooms, each rocking an industrial-high-design look, and with good rates for a range of room sizes. Don't miss the subterranean Poly restaurant (which also provides room service), then work off calories with views from the rooftop fitness pavilion.