Billy Bob and the Boxmasters at Shawnee’s Grand Event Center 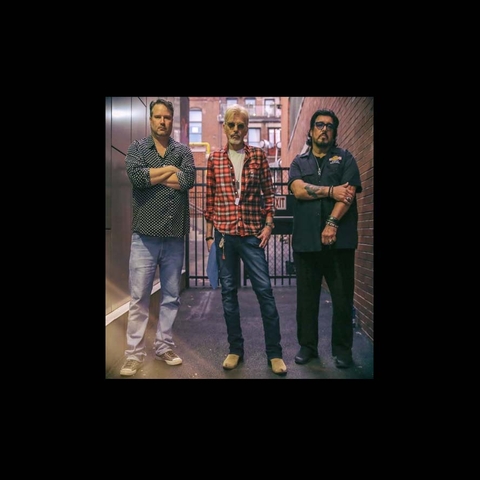 On Friday, July 26, Billy Bob Thornton and the Boxmasters will perform at the Grand Event Center in Shawnee, Oklahoma. The show starts at 8 p.m.

After recording several albums and other creative musical adventures, Billy Bob Thornton formed The Boxmasters with J.D. Andrew. That was 2007, and the band has been all around the country since that time.

Thornton, best known for his acting career, was born on in Hot Springs, Arkansas in 1955. He had his first break when he co-wrote and starred in the 1992 thriller One False Move, and received international attention after writing, directing, and starring in the independent drama film Sling Blade (1996), for which he won an Academy Award for Best Adapted Screenplay and was nominated for an Academy Award for Best Actor.

He appeared in several major film roles in the 1990s following Sling Blade.

Being vocal about his distaste for celebrity culture, he chooses to keep his life out of the public eye. Although with his marriage to Angelina Jolie, it seemed unavoidable in certain cases.

In late 2017 and 2018, The Boxmasters had the honor to team up with legendary Engineer/Producer Geoff Emerick for an album that Geoff has called, “One of the most exciting projects I’ve worked on since The Beatles.” The album Speck was be released on June 7 through KeenTone Records /Thirty Tigers. Sadly, before Speck was formally released, Geoff passed away.

Known for taking over the engineer’s chair on The Beatle’s albums Revolver, Sergeant Pepper’s Lonely Hearts Club Band and more, Geoff added a familiar sonic touch to the sound of The Boxmasters, who have been unapologetic Beatles and British Invasion fans. His work on albums by Badfinger, The Zombies, America and Paul McCartney, among many others, have always been huge influences on The Boxmasters.

Sonically Speck touches on all of The Boxmaster’s influences, including The Beatles, The Byrds, and Big Star but there are new sonic touches as well. Ukulele, cardboard boxes and the Beatle’s famous “tea towels on the drums” trick pop up on songs throughout the album.

“Geoff really did an amazing job on the mixing of this album and did it in a way that you recognize sounds you’ve known all of your life, but at that same time are in a new way. And I really loved being able to sit back and enjoy the mixes of an album instead of sweating every tiny detail of every song,” says J.D., who typically mixes all of The Boxmaster’s material.

“Lyrically, it deals with everything from personal relationships to politics and social issues. The theme being that we are all specks in this universe trying to navigate it, during trying times we still have our own lives, desires, problems and dreams as individuals,” says Bud. “We're just little humans. No matter what our standing is in society”.

The always prolific Bud, J.D. & Teddy have also been working on finishing another long-awaited project titled, And Then We Drove as well as contributing music to an upcoming independent feature film titled Spare Room.

The 2019 “Speck Tour” kicks off in the summer and again the Boxmasters will be traveling from coast to coast. For all of the details on tour, the album, and anything else of note, please visit www.TheBoxmasters.com.

Tickets to the Grand Event Center performance are $35-$50 and may be purchased at www.grandboxoffice.com.

Age Requirement: 18 and older: Please be aware that this event is for guests aged 18 and older only. Anyone under 18 or those without a valid state or government issued photo ID will be not be permitted to enter the venue or asked to leave.