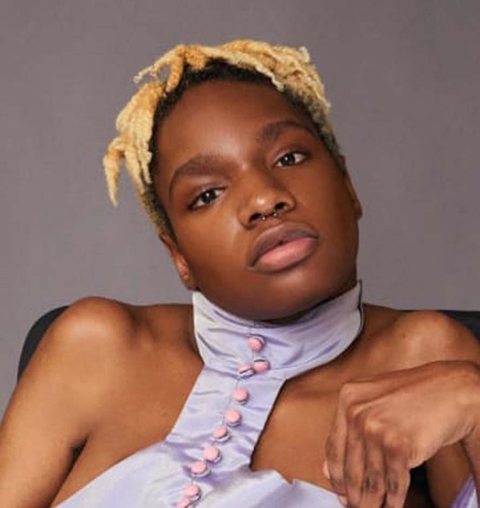 Aaron Philip, the first black, transgender and disabled model to sign for a leading agency, has achieved another trailblazing feat: her first major magazine cover.

Philip, who was born with cerebral palsy, is on the cover of Paper magazine for the first of its seven covers this week honoring Pride. The 18-year-old made history when she joined the renowned Elite Model Management in September 2018.

"The fashion industry has only known one type of body, and one type of marketable figure for so long," Philip previously told CNN. "(But) now we're entering this time, and this climate, where all types of bodies want to be pushed forward and celebrated -- not only celebrated, but be seen as desirable and marketable."

Philip credits much of her success to her presence on social media, where she has a combined following of almost 120,000 on Twitter and Instagram. Her rise to fame is often traced to a viral 2017 tweet in which she declared: "honestly when i get scouted/discovered by a modeling agency it's OVER for y'all!"

Philip is an unprecedented force in mainstream fashion.

Although she consistently rejects the activist label ("i'm not an activist," she tweeted in December, "i just give a f*** lol."), the Antigua-born model is nonetheless vocal about her high expectations for the industry.

"There's still a great lack of visibility and attention towards people with disabilities in fashion," she said in the CNN interview. "As of right now, I'm one of two physically disabled models in the entire industry, next to Jillian Mercado.

"It shouldn't be the responsibility of anyone who is marginalized to amplify their voice when there are so many voices that can amplify (it for) them," she added. "But it's just the way of getting to where you need to be. So I'll do it. And hopefully I'll do it so that other girls in my position don't have to -- they can just live and do their jobs."

CNN reached out to Paper Magazine and Aaron Philip for comment but has not received a response.