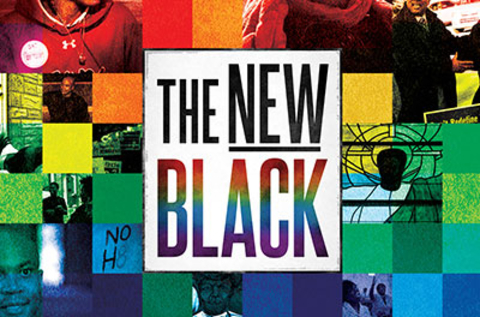 Recently, I watched the documentary The New Black (2013) which focused on the states with marriage equality rights questions on the ballot in the 2008 election. The views expressed in this film are from the black allies and counter allies perspectives.

As we all know, the black experience in America has always been centered around the church and Christianity. The black Christian communities in these states were targeted by religious organizations who protest LGBTQ rights.

Before watching this, I didn’t realize how much blame the black Christian community received when State Questions such as Prop 8 were passed, denying marriage equality to millions of same-sex couples.

The film also talks about the view of a lot of black people in which they do not view LGBTQ rights as being civil rights. I have even heard this from some of my family members. “Why should they get extra rights?”

Extra rights? Seriously, how could you view this as extra, more than or in excess? These are basic rights that all people should have. Extra rights would be if a U.S. citizen wanted to vote twice.

In 2008, the same night in which President Obama was elected, there was a bittersweet feeling from the LGBTQ community and their allies because we gained the first black President but we lost the victory on same-sex marriages in the state of California with the passing of Prop 8. The African American community got blamed for helping pass Prop 8.

Sharon Lettman-Hicks, a black straight ally activist, in The New Black, received a call from a white lesbian who she had worked side by side with in the fight for equality, and she said “How could you let this happen?” She was shocked and said, “How could you blame me for what some of the black community did?”

I suddenly realized that the black community had been exploited and taken advantage of again like so many times throughout American history. They preyed upon the black religious community which tends to think right and conservative on many issues, to convince others to vote in favor of Prop 8.

Lettman-Hicks, who is the Executive Director for the National Black Justice Coalition (NBJC), makes it very clear that all black folks don’t think alike and we are not a monolithic community. We have varying opinions on many issues. But either way, the black religious community took the bait and encouraged each other in church (which is illegal because of its political nature).

When are we going to stop doing the dirty work for the oppressors and realize that we are all in this fight for equality together?

The most touching part of the film was when an elderly black woman was describing how her granddaughter came out of the closet to her. She said that if her granddaughter had come out to her a few years earlier her response would have been different in a negative way. But, she has grown as a Christian and came to understand that God created all of us in his image and she told her that she would love her unconditionally.

That part touched me as a black ally Christian because she said that it was because of her growth as a Christian she learned to love LGBTQ folks. Wowzer! Most black people use religion as a weapon against the LGBTQ.

I took up the challenge from God to reach out and serve the LGBTQ community ten years ago, even though I was apprehensive, but it was the best choice I ever made.
_