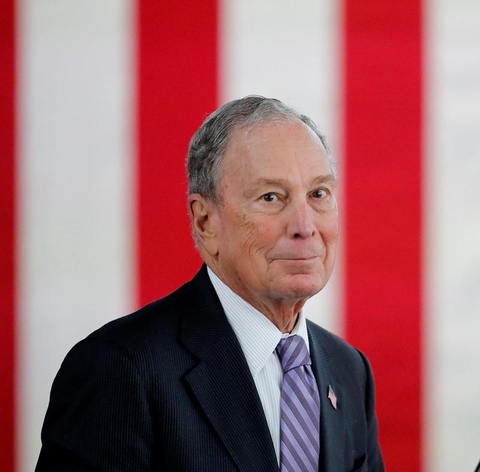 Michael Bloomberg last year referred to transgender people as "he, she, or it" and "some guy wearing a dress" while arguing that presidential campaigns centered on social issues aren't relevant to most voters.

Bloomberg's comments -- which were first reported by BuzzFeed News on Tuesday -- drew condemnation from the nation's most prominent LGBTQ rights organization and could be a liability for Bloomberg in a Democratic presidential race in which all of the candidates have called for advancing trans equality.

Speaking at a forum hosted by the Bermuda Business Development Agency in March 2019, Bloomberg asserted that "if you go to the middle of the country, people would say, if your conversation during a presidential election is about some guy wearing a dress and whether he, she or it can go to the locker room with their daughter, that's not a winning formula for most people."

"And some of these socials issues -- and it's not just the American government, the (European Union) government does it as well -- we're focusing on a lot of things that have little relevance to people who are trying to live in a world that is changing because of technology and communications and things like that."

In the past few years, many states have taken up so-called bathroom bills. The proposed pieces of legislation require people to use bathrooms and locker rooms that correspond to the sex on their birth certificate.

Bloomberg's campaign declined multiple times to comment on the record for this story.

The Human Rights Campaign called on Bloomberg to apologize for "using language that demoralizes and dehumanizes members of our community."

"We expect all pro-equality candidates, including Mayor Bloomberg, to create policy solutions to end the epidemic of violence our community faces, not use the same talking points our opponents use to dehumanize transgender people and justify their own hateful beliefs," Alphonso David, president of HRC, said in a statement.

The former New York City mayor's website declares "Mike will reverse President Trump's attacks on LGBTQ+ Americans, resume the march towards equal rights and protections in every part of the country, and restore America's leadership in the global fight for LGBTQ+ equality."

During the forum, he went on to state explicitly that "you can understand where somebody like Trump comes from" when you look at the progressive messaging of the Democratic party.

"You can understand if you take a look at the Democratic Party, they are so far left that two years ago there was nobody on their side who would take these positions, and today virtually all of the candidates for president of the Democratic Party have been so progressive," he said at the time. "I don't know what progressive means."

News of Bloomberg's 2019 comments come as his campaign faces a wave of heightened scrutiny tied to his surge in national polls and relentless spending.

An NPR/PBS/Marist poll released Tuesday found Bloomberg in second place nationally only behind Vermont Sen. Bernie Sanders. He will face off against his primary rivals for the first time during Wednesday's Democratic presidential debate in Las Vegas.