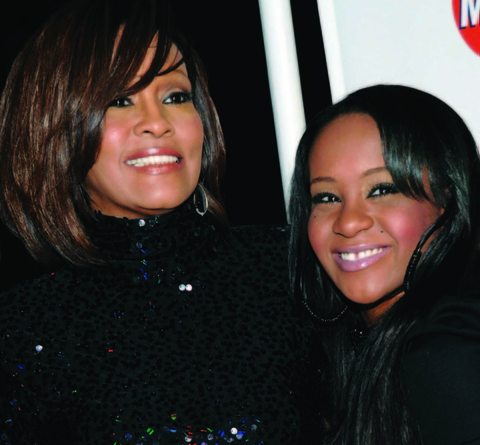 NEW YORK (AP) — Bobbi Kristina Brown has been moved to hospice care after months in the hospital, and a lawsuit has been filed against her partner.

"Despite the great medical care at numerous facilities, Bobbi Kristina Brown's condition has continued to deteriorate," the statement read. "As of today, she has been moved into hospice care."

Brown, 22, was found face down and unresponsive in a bathtub in her Atlanta area home Jan. 31. She underwent surgery to replace her breathing tube with a tracheostomy tube in February.

"We thank everyone for their support and prayers. She is in God's hands now," the statement read on behalf of the Houston family.

A lawsuit filed Wednesday against Brown's partner, Nick Gordon, accused him of being physically and emotionally abusive toward Brown, misrepresenting the nature of their relationship and taking money from her without authorization.

Bedilia Hargrove, a court-appointed conservator for Brown, sued Gordon in Fulton County Superior Court and is seeking at least $10 million in damages.

The complaint says after Brown was in a medically induced coma, Gordon stole more than $11,000 from her bank account.

Brown is also the daughter of singer Bobby Brown. He, along with Pat Houston, were appointed co-guardians of Brown last month.

Whitney Houston was found unresponsive in hotel bathtub on Feb. 11, 2012 and died shortly after. Pat Houston, the musical icon's sister-in-law and manager, was appointed administrator of the trust fund Whitney Houston set up for her daughter.

By Mesfin Fekadu, AP Music Writer
Associated Press writer Phillip Lucas contributed to this story.
Copyright 2015 The Associated Press. All rights reserved. This material may not be published, broadcast, rewritten or redistributed.