Boy Scouts: Yes to gay youths, no to adults 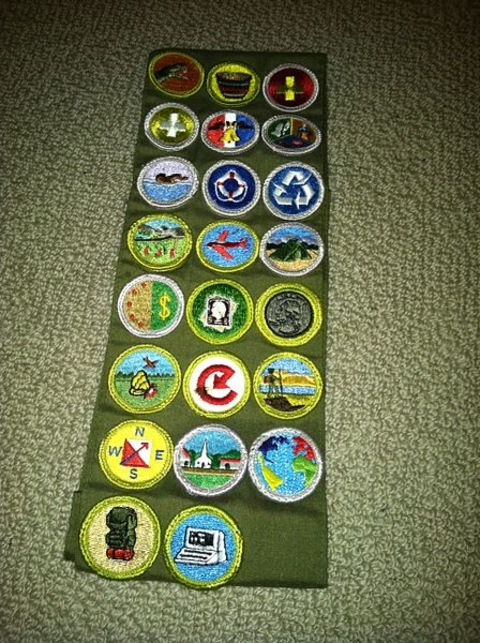 The Boy Scouts of America on Thursday ended its ban on openly gay youths but maintained a prohibition on gay adult leaders, a decision framed as a compromise but one that could lead to litigation and thousands of defections from one of America's largest youth organizations.

The immediate impact of the policy change, endorsed by more than 60 percent of the organization's 1,400 voting members, is likely to vary widely.

Mormon officials on Thursday night said the church would stay involved with Scouting "based on our mutual interest in helping boys and young men understand and live their duty to God and develop upright moral behavior." Bishop Paul Loverde, the leader of the Catholic Diocese of Arlington, issued a statement saying the vote would likely force the diocese to reconsider sponsoring troops in about 50 of its parishes, while the Rev. William Byrne, secretary for pastoral ministry of the diocese of Washington, said the new policy is not in conflict with Catholic teaching.

The vote of the century-old group symbolizes just how quickly many Americans' views on homosexuality are changing. Just last summer the Scouts reaffirmed its desire to keep out openly gay boys and gay adult volunteers, a policy the Supreme Court upheld in 2000. But the escalating pressure from families and major donors in the past year forced the Scouts to act.

The vote removes "the restriction denying membership to youth on the basis of sexual orientation alone," the Boy Scouts of America said in a statement.

"The Boy Scouts of America will not sacrifice its mission, or the youth served by the movement, by allowing the organization to be consumed by a single, divisive, and unresolved societal issue," the statement said. "While people have different opinions about this policy, we can all agree that kids are better off when they are in Scouting."

For Theodore Anderson, an 18-year-old Springfield, Va. assistant scoutmaster, the vote means the end of 12 years in the program. The policy, he said, "goes against what my Bible and religion states are pleasing to the Lord." Anderson plans to help his church launch a new youth program without openly gay members.

"You're bringing into Scouting a whole new aspect that isn't part of the program," Anderson said. "Parents would have to explain certain things to youth of certain ages they don't need to know about or worry about yet. It would slowly take the fun out of it."

Jay Mechling, author of "On My Honor: Boy Scouts and the Making of American Youth," said the organization knew it would lose members either way but was cognizant of its future .

"They are attuned to the demographics and understand that everything we know about young people is that that cohort doesn't care about sexual orientation," he said. "If you want to understand these decisions, you have to understand the Boy Scouts is first and primarily a business. It has been all along."

A February Boy Scout poll showed deep divisions, with a majority of teen Scouts opposing both bans and 61 percent of all members supporting them.

Gay rights groups have poured resources into the measure's passage, which they called "historic" when viewed as an important step toward eventually removing the ban against gay adult leaders. For this reason, gay proponents said they are willing to overlook temporarily the obvious awkwardness of the arrangement: Youths who aregay can be out, but the day they turn 18 they can no longer serve in an organization in which it's common for people who were Boy Scouts to remain active as adult leaders.

Alex, a 19-year-old gay Wisconsin Eagle Scout and scoutmaster who didn't want his last name used to protect his privacy, was in a room full of gay advocates in Texas when the vote was announced. He said he watched the faces of gay adult leaders he knew had been kicked out of the organization to see how they reacted.

"Surprisingly, every single one of them was crying tears of joy. We all know and believe this shows — they are going to get there. They will have that equality," he said.

But others strongly criticized the message the split policy would send to gayyouths."This is not progressive at all. It will continue to teach the 2.7 million youth members the same toxic message: being gay means you cannot fully participate in the Scouting experience because there is something intrinsically wrong with who you are," James Dale, whose expulsion as a scoutmaster in 1990 led to the Supreme Court case, wrote this week in The Washington Post.

Polls before the vote showed that large swaths of Scouting families, particularly in the South and the Midwest, wanted to keep the total ban. Some religious conservatives — 70 percent of the troops are chartered by a faith-based group such as a church or mosque — said they couldn't reconcile their beliefs with the resolution approved Thursday, which says the Scouts as an organization does not have a position on the subject of sexual orientation.

Rob Schwarzwalder, who is active in Northern Virginia Scouting with his twin 15-year-olds, said he opposed any change in the policy and was likely to keep his sons in for a few months to make Eagle Scout and then leave.

"I don't want my sons to leave my home [when they grow up] thinking, 'Dad was pretty principled except when it mattered,' " he said.

The largest sponsor of Scout troops is the Mormon Church, with about 430,000 of the 2.6 million youth in Scouting. Church officials in April said they supported the proposal, calling it a "good-faith effort" and noting that it calls all sexual conduct by Scouting-age youth "contrary to the virtues of Scouting."

The second-largest sponsor of troops is the United Methodist Church. The denomination never took an official position and several leaders were quoted on both sides. The third-largest is the Catholic Church, which this week released a letter saying it was "hopeful" to stay in Scouting if it could choose leaders who "espouse, accept and promote" Catholic teachings. The fourth-largest charter is the Southern Baptist Convention. Spokesman Roger Oldham predicted a slow attrition from the Scouts.

"They will no longer have the kind of presence and clout of influencing the leaders of the present and future generations," Oldham said.

Other Christian and Jewish groups have long called for a full repeal of the bans. Among them are the Episcopal Church, the United Church of Christ and Reform Judaism.

Some opponents of same-sex relationships said they are hoping to stay in Scouting by keeping the topic of sexuality off-limits. But Mechling said this may be unrealistic.

"This is why 'don't ask, don't tell' didn't work. The fact is, sexuality is a topic in the Scouts, in a passive, taken-for-granted way. No one thinks twice about a father mentioning his wife. This leaves the gay guy just sitting there," he said.