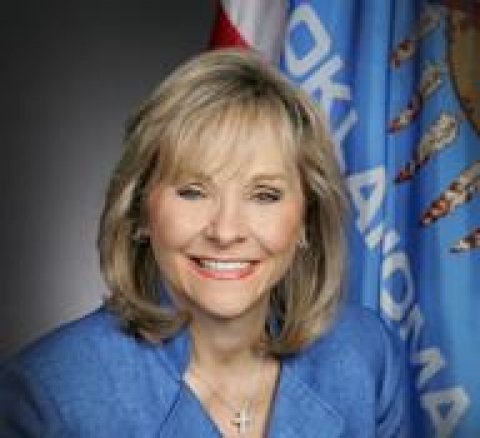 Jefferson City, Mo. (AP) — Residents in some parts of the U.S. are gaining health care insurance at a significantly greater rate than others through the new online insurance marketplaces now operating in every state.

The discrepancy may trace back to the political leanings of their elected leaders.

Newly released federal figures show more people are picking private insurance plans or being routed to Medicaid programs in states with Democratic leaders who have fully embraced the federal health care law than in states where Republican elected officials have derisively rejected what they call "Obamacare."

On one side of the political divide are a dozen mostly Democratic leaning states, including California, Minnesota and New York. They have both expanded Medicaid for lower-income adults and started their own health insurance exchanges for people to shop for federally subsidized private insurance.

On the other side are two dozen conservative states, such as Texas, Florida and Missouri. They have both rejected the Medicaid expansion and refused any role in running an online insurance exchange, leaving that entirely to the federal government.

The new federal figures, providing a state-by-state breakdown of enrollment in the new health care program through November, showed that the political differences among leaders over the initiative are turning into differences in participation among the uninsured.

Even though many conservative states have higher levels of poverty and more people without health coverage, fewer of them may receive new insurance, said Dylan Roby, an assistant public health professor at the Center for Health Policy Research at the University of California, Los Angeles.

With the patchwork implementation of the federal health care law, "the gap will exacerbate," Roby said

The U.S. Health and Human Services Department reported this week that 364,682 people had signed up for private coverage through the new health insurance marketplaces as of Nov. 30 and an additional 803,077 had been determined eligible for Medicaid.

But the rate of residents gaining health coverage was more than three times as great in the states embracing the federal health care law than in those whose leaders have resisted it.

In the dozen states embracing the overhaul, more than 50 percent of those who applied for coverage picked an insurance plan or were eligible for Medicaid. That rate was barely 15 percent in the two dozen states that aren't cooperating in the implementation of the federal health care law.

The federal statistics are borne out in Oklahoma and Kansas. Both states elected not to expand Medicaid, and not to have a state insurance exchange.

In Kansas, the federal agency reported that 1,855 residents had selected a plan through the marketplace through Nov. 30, less than 10 percent of the 19,038 who were deemed eligible for coverage. The Census Bureau estimates that 363,000 of the state's residents are uninsured.

The report also said 2,353 Kansans were determined to be eligible for health coverage through either the Medicaid program for the needy and disabled or the Children’s Health Insurance Program, which is designed for families with modest incomes.

In Oklahoma, more than 1,600 Oklahoma residents successfully signed up for health insurance coverage. The report from the U.S. Department of Health and Human Services shows 14,875 Oklahomans submitted applications to the new insurance marketplace. They were applying for coverage on behalf of 30,786 people — for example, themselves, their spouses and children. Oklahoma is one of 36 states that relied on the federal website, after Gov. Mary Fallin rejected a state-run marketplace.

About 640,000 Oklahoma residents, or 17 percent of the state's population, currently have no health insurance. But the launch of the federal exchange has not been promoted by the state. Fallin rejected the opportunity to create a state-based exchange or expand Medicaid to tens of thousands of Oklahoma's working poor, a decision hailed by conservatives in the GOP-controlled Legislature.

Arkansas, by contrast, agreed to participate in the federal exchange, and expanded Medicaid under the Affordable Care Act. Around 1,400 Arkansas residents have enrolled in health coverage through the HealthCare.gov website, nearly 18,000 Arkansans completed applications through the new marketplace. When adding in family members who would be covered, the applications totaled about 34,600 people.

Perhaps more importantly as of Monday, 59,203 Arkansas residents completed enrollment in Medicaid. As of Nov. 30, 77,734 Arkansans had applied for insurance under the program, commonly known as the private option because applicants are linked with private insurers rather than simply being brought under Medicaid, which is the health program for the poor. The distinction saves the state money, while giving the poor more opportunity to have health coverage.