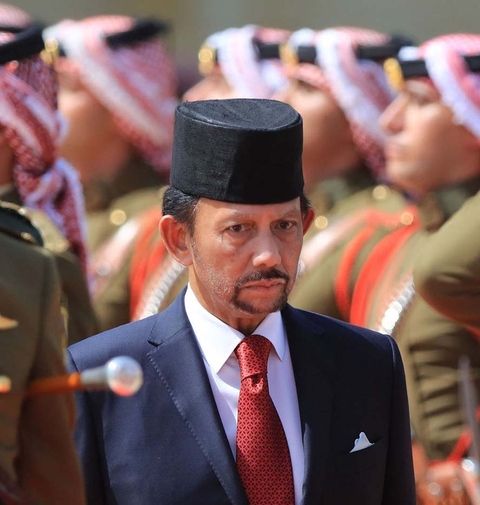 A growing call to boycott luxury hotels owned by the kingdom of Brunei has led the hotels to hide their social media accounts.

The public outcry comes in response to the implementation of new Islamic laws that make gay sex and adultery punishable by stoning to death. Actor George Clooney condemned the measures in a recent opinion piece and highlighted the hotels' ties to the Brunei Investment Agency, which the Sultan of Brunei owns.

The hotels are operated under the Dorchester Collection brand.

"Dorchester Collection is an inclusive and diverse company and does not tolerate any form of discrimination," the company said in a statement pinned on its corporate Twitter and Facebook accounts.

"Although we believe in open and transparent communication, we have reluctantly deactivated our hotel social pages due to the personal abuse directed at our employees for whom we have a duty of care."

"Our corporate social media pages remain in place. Dorchester Collection's Code (emphasizes) equality, respect and integrity in all areas of our operation, and strongly values people and cultural diversity amongst our guests and employees," the company's statement reads.

A string of celebrities, including Ellen DeGeneres, Billie Jean King and Elton John, have joined in calling for a boycott of the nine properties, which include The Dorchester and 45 Park Lane in London, Hôtel Plaza Athénée and Le Meurice in Paris and Hotel Eden in Rome.

On its website, the Dorchester Collection says "our values are far removed from the politics of ownership," underlining its values of "inclusion, diversity and equality."

"We understand people's anger and frustration but this is a political and religious issue that we don't believe should be played out in our hotels and amongst our 3,630 employees. We're deeply saddened by what's happening right now and the impact it is having on our employees, guests, partners and suppliers in particular," the message reads.

The boycott has also had an impact on similarly named hotels that are not owned by the Brunei Investment Agency.

On Facebook, the Hotel Bel-Air in Greece posted this clarification: "After having received hate mail, we would to clarify that we are not the hotel bel air owned by the sultan of Brunei. This is just a synonymity. We are a family owned business in the Ionian Islands of Greece and we support the lgbtq community and their rights."

Twitter users have been addressing protests about Brunei's anti-gay laws at Hotel Plaza Athénée in New York (@PlazaAtheneeNY), but the hotel is not under the same ownership as Hôtel Plaza Athénée in Paris. The New York hotel is owned and managed by a company out of Bangkok, Thailand, according to a hotel spokeswoman.