Bullying within the LGBT+ community 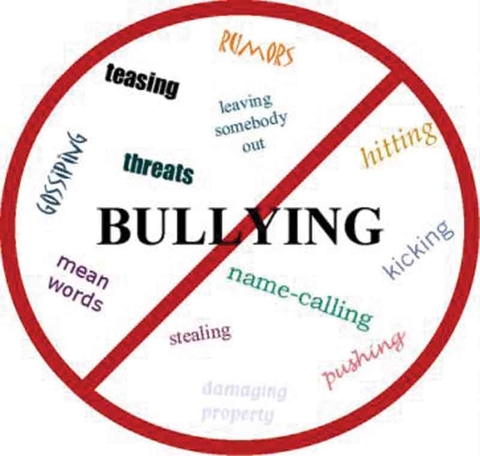 As queer folk, we walk through life expecting and make ourselves prepared for bullying. But what most of us probably don’t expect is bullying within our community.

One of the most common forms of bullying you will notice in this community is biphobia. Bisexuals are constantly told to “pick a side,” or that perhaps they’re just confused, or even that bisexuality just isn’t a thing.

Coming in second to biphobia is the stigma surrounding pansexuality. It comes with the same argument that pansexuals are just confused, or that it isn’t a thing because supposedly “there are only two genders.”

People like to joke and make memes about pansexuals saying, “so you’re sexually attracted to pots and pans?” But if you accept the fact that there is more to the gender binary than just boy and girl, pansexuality makes perfect sense.

As I was exploring my sexuality, I briefly identified as pansexual, mainly because at the time I was in a relationship with a trans guy. I remember one very heated debate I had with his brother over the legitimacy of my identity. I claim that a heterosexual person would have to be pansexual to date a transgender individual.

I say that because many transgender individuals do not undergo sexual reassignment surgery for various reasons. Additionally, someone can be in an opposite-sex relationship, but still have validity as a bisexual or pansexual.

If you’re a part of this community, you understand what it is like to struggle with your identity and deal with ridicule from the straight community. We should all be making more of an effort to make this community a safe space, and not alienate anyone for who they are.

Especially in the state of Oklahoma, LGBT+ safe spaces are not abundant. Recently, one local OKC LGBT+ space proved this to be very true. I started frequenting this place in July and became an official part of “the family” there while becoming more familiar with the local drag scene. This space quickly became a toxic environment, as the people I met and connected with turned out to be quite hateful, biased and even arrogant.

One night I witnessed a guy who was being bullied in this place and immediately told the people in charge. Once management took care of the situation, those bullies I had met in this LGBT+ “safe” space began targeting me. I was attacked on social media, and false stories about me began to surface among the community.

The bullying toward me was reported to the people in charge of this place and yet nothing was done on my behalf. It became so intense that it was starting to affect my mental health seriously and I had to remove myself from this environment, and in the process, I lost those whom I thought to be my friends.

We need LGBT+ safe spaces; places where we can express ourselves in any way we want, where we can feel accepted and connect with people who have things in common with us.

We of all people, should understand each other’s experiences and be the first in the crowd to stand up against bullying because we know what it’s like, and we’re here to put an end to it.