The business of Santa Claus 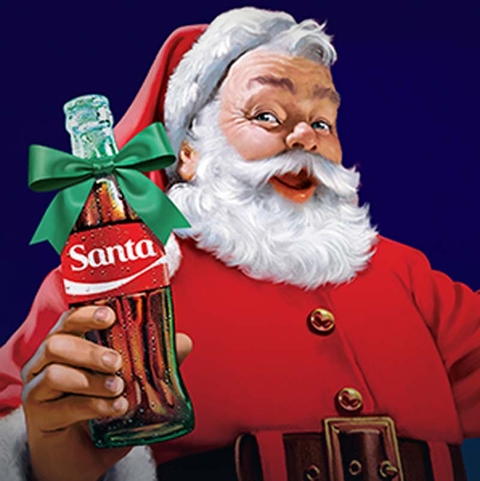 By Bill Schmick
The Independent Investor

As we approach that most joyous of holidays, the image of Santa Claus greets us in every nook and cranny. From television commercials to internet greeting cards, “Jolly Old St. Nick” is a ubiquitous figure.  What you probably didn’t know is without American business there probably wouldn’t be the Santa Claus of today.

Santa and business go back a long way, but before you ask, the answer is no, Coca-Cola did not invent Santa Claus, although they will celebrate their one-hundred-year anniversary in 2020. This modern-day, cherry-cheeked, fat elf of a figure has been best buds with the owners of many U.S. enterprises. Montgomery Ward, Macy’s, F.W. Woolworth, General Electric and dozens, if not hundreds, of other businesses have made Santa the elf he is today.

Back in the day, “Sinterklaas,” the Dutch name for a monk named Saint Nicholas, was the stuff of legends. His kindness and compassion were his claim to fame among the Christian faithful, and through the centuries he became known as the protector of children. His myth emigrated to America from Europe in the early 1800s.

Christmas at that time was a great big drunken party over here, especially in New York. Remember, it was the beginning of the Industrial Revolution, and the differences among the social classes in the U.S. was as large as it is today. Bands of tough, working-class young men, rowdy and often-times angry, would roam the city blocks, going from home to home, demanding handouts from the rich. Often, these gangs would “wassail” (sing) bawdy tales at the top of their lungs in the process.

History credits a number of figures, from John Pintard of the New York Historical Society, to Washington Irving, to Clement Clarke Moore, who took it upon themselves to “tame” Christmas for the American masses.  “A History of New York,” published in 1809, by Irving introduced a more benevolent St. Nick, while the 1822 poem, “A Visit from St. Nicholas” (“Twas the Night before Christmas”) by Moore attempted to hone in on the exact time and date of the modern-day legend we call Christmas.

The American version of Christmas continued to expand through penny press publications and women’s home magazines. These publications were an early version of both marketing and advertising. The notion of Christmas trees, for example, can be traced back to Godey’s Lady’s Book that featured Queen Victoria and the royal family gathered around one such tree.

In 1841, a Philadelphia store created the first Christmas blimp of sorts (a life-sized model of Santa) as a marketing effort to draw kids and their parents into their store. In 1862, Macy’s introduced the first “live” Santa.  An army of Santa’s soon followed, creating an entirely new business in America. But Santa still lacked the vigor of today. He was most often depicted as a small, elf-like figure, grim and serious (sort of like the Grinch with a red suit and a white beard). It took the marketing efforts of Coca-Cola to transform Claus into the Santa of today.

He was first featured in Coke’s advertising in 1920, and within a decade became a staple of their holiday advertising. The company hired an illustrator, Haddon Sundblom, to create a more “wholesome” image of the big guy that would sell in America. It worked so well that just about everyone adopted Coke’s version of Santa Claus.

But Santa isn’t the only figure that business created. Rudolph the Red-Nosed Reindeer was a marketing effort by the department store, Montgomery Ward. They used one of their own copywriters, Robert May, to write a children’s book that the department store could give out to the children of their customers. Millions were given out in the first year, and many millions more have been published since then. In 1949, May’s brother-in-law wrote a song, based on the book, that is now part of holiday history.

So, the next time you want to complain about all the bad things that big business does to this country, take heed. There are some things they do well. If it wasn’t for business, Christmas in America—gift-giving, Christmas trees, ornaments, dinner, caroling, holiday cards and all that family love—would probably not exist.

And on that note, “Merry Christmas to all, and to all a good night!”

Prior to joining Wall Street, Bill Schmick was an award-winning journalist. Since then, he has worked in a variety of roles in his 33-plus years in financial markets. None of this commentary is or should be considered investment advice. For individualized investment, contact a qualified investment adviser.