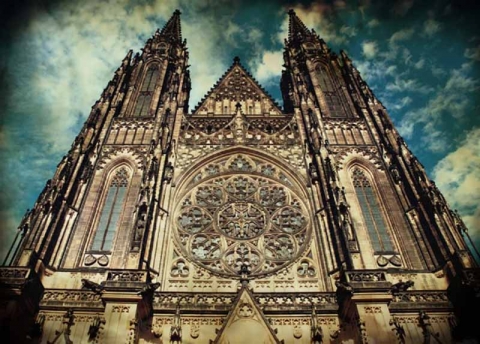 The United States Conference of Catholic Bishops (USCCB) are now equating one-man, one-woman marriage with freedom, and claiming the government is "penalizing Catholic institutions because of their faith." (File photo)

The United States Conference of Catholic Bishops (USCCB) are now equating one-man, one-woman marriage with freedom, and claiming the government is "penalizing Catholic institutions because of their faith." In "Made for Freedom," a video released Tuesday as part of the USCCB's "Marriage: Unique for a Reason" campaign, the Catholic Bishops depict wistful and beleaguered Catholics lamenting the public and governmental acceptance of same-sex marriage, and voicing fears that expressing anti-gay beliefs will see them branded as hateful and prejudiced.

Heritage Foundation's spokesperson Ryan T. Anderson says in the video that the "most important thing now is to protect the freedom to be faithful in the public square." He goes on to insist that Catholic institutions (which receive state and/or federal funding) "shouldn't be penalized because of their faith, because of their beliefs."

Much of the video features anti-gay attorney Kellie Fiedorek with the Christian legal firm Alliance Defending Freedom. The ADF is one of two faith-based groups responsible for many of the anti-LGBT bills currently flooding state legislatures.

Fiedorek goes onto warn that an increased acceptance of the LGBT community, and approval of same-sex marriage will lead to a dystopian society where people with religious convictions are silenced.

"The implications of the redefinition of marriage for religious freedom are vast," says Fiedorek. "I think that the short term effects we will see will first come in the attempt to silence people of faith, or people that hold a conviction that marriage is something sacred, something special, they will be silenced. Whether that's by the government, or simply out of fear."

The Southern Poverty Law Center sees things differently. In a statement on their website regarding the use of religion as a means of discrimination, they said, "Religious liberty is a cherished constitutional value, enshrined in the First Amendment. But, as earlier efforts to offer biblical justification for slavery and Jim Crow segregation have taught us, religious liberty should not be used as an excuse to discriminate."