Celebrate Recovery Month as a survivor 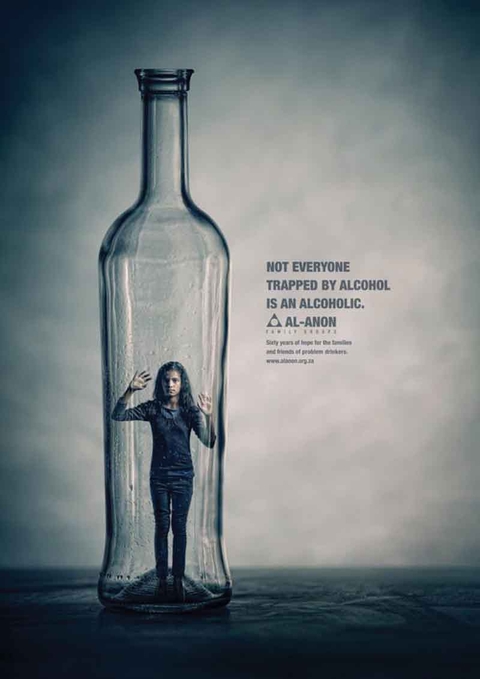 Abuse and recovery are two words that impact many families. Sadly, this topic is not often discussed out loud and is kept hidden from shame, hurt, fear and grief.

When I learned that National Recovery Month is a national observance held every September for the last 27 years, I decided it was time to share my story. I hope my words will inspire others to not feel alone and know they can speak up. I believe communication is the key to true recovery.

As a child of the 70’s, I grew up in a traditional Baptist home. I was sheltered from substance abuse. My parents taught me that drinking, drugs and smoking would send me to hell.

Now, this was hard for me to understand since my neighborhood best friend had a dad who drank too much and would often go into the front yard and scream and yell like a crazy person. My friend would come over to my house for refuge and we never spoke about her dad.

I knew something was wrong and it embarrassed her. I saw the shame, hurt, fear and grief in her eyes and all I could do was distract her. We would spend hours playing outside, playing board games and watching our favorite TV shows.

That was my first memory of substance abuse.

As a good Baptist teenage boy, I was scared to try alcohol, drugs or cigarettes. I was frightened that I would disappoint my parents and end up going to hell. Of course, knowing I was gay didn’t help matters in my adolescent mind (another sin that could send me down under). My high school years were spent going to church a lot and trying to not think about my secret boyfriend.

During college, I met a pretty blonde Baptist girl. Little did I know that she came with some secrets of her own. We decided to get married and I was determined to live a straight life. We had some good years and were blessed with a son and daughter. Things were good until the day my wife called me to tell me she was fired from her medical clinic job and was accused of tampering with her medical record. This was the beginning of many years of substance abuse.

I wish I would have seen the signs of substance abuse while we were dating. The signs were there, but I was too naive to understand. I tell myself that I could have helped her if I would have understood more about substance abuse other than that fact that it could send a person to hell.

She had become addicted to prescription drugs and it took a few years to realize what was happening. She denied it all and I wanted to trust her. I loved her and I didn’t think she could do the things that our friends and family accused her of doing. Yes, I was now in denial, too!

As our kids became teenagers they started to figure it out. They came to me and asked me what was wrong with their mom. I did my best to explain that she had many health issues and they had to love her unconditionally. We had many family talks and a few interventions over the next few years, but she always denied that she had a substance abuse problem.

Our world changed after our kids left for college and my company transferred me to another state. My wife and I relocated to Tennessee and I prayed we would have a fresh start and my wife would be able to get her substance abuse under control.

My wife attempted to take “Celebrate Recovery” classes at the Baptist church and I hoped that she would be able to recover. Unfortunately, my wish didn’t happen. A person cannot recover when they are still in denial. By this time in our marriage she had encountered two arrests due to substances, a DUI, two times in different substance rehab hospitals and still didn’t believe she had a problem.

With the help of some good counselors, physicians and clergy, I finally understood that I was enabling her and the only way that she could recover was for me to walk away from the marriage. It was the hardest thing I have ever done.

I changed jobs and moved to another state. I left her with her mother and told her that she had to face her demons and get help. I was told that if I did not leave her at that time that we both would die. This was the last hope for recovery.

After I moved, I started attending an Al-Anon meeting and I began to personally recover. The support group helped me face the shame, hurt, fear and guilt that I had from a 28-year marriage to a person who I tried to save from substance abuse while keeping my family in one piece.

That weekly support group saved me from drowning in my pain. The people in the support group shared their personal stories and they allowed me to face my own story with strength for the first time. I finally felt free to recover.

So, I am celebrating Recovery Month as a survivor. Sadly, my wife passed away from substance abuse related problems a few years ago. She was much too young to leave this world. I continue to hurt for our children who are now 25 and 28 years old as they face the world without a mom. I know she loved them with all her heart and she would have stopped the substance abuse, but she just didn’t have the strength.

Please know you are not alone. Substance abuse is a real problem in our world. Many families deal with it secretly. The theme for Recovery Month 2017 is “Join the Voices for Recovery: Strengthen Families and Communities”.

I can’t think of a better theme, and my heart goes out to everyone impacted by substance abuse. Don’t give up, and remember that communication is the key to recovery for us all. I dedicate this column to my late wife and our two awesome kids.