"The Cher Show" headed to Broadway 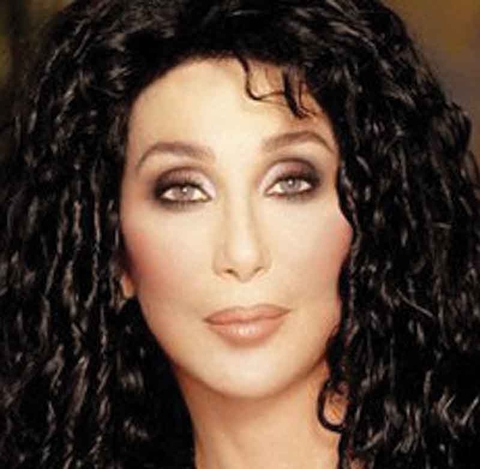 “We have been discussing this musical for 10 years,” Cher said in a statement about the upcoming musical based on her life. “It’s exciting and scary.”

Details continue to be revealed as excitement builds about what it will be like. The Cher Show is based on the pop superstar’s life and career. It will open in Chicago June 12 and then move to the Neil Simon Theatre in Manhattan in the fall of 2018.

“My life as a musical on Broadway. It seems crazy, exciting and bizarre, but that’s probably how my life seems to most people,” Cher said in her statement.

“Cher has a decades-long, multi-faceted career in the entertainment industry, earning a Grammy, Emmy, Academy Award and three Golden Globes. She’s known for hit songs including Believe, I Got You Babe and If I Could Turn Back Time. She made her own Broadway debut in 1982 in Come Back to the Five and Dime, Jimmy Dean, Jimmy Dean,” Variety reported in an article about the upcoming extravaganza.

“The musical has an unusual approach,” according to a New York Times story. “It will be structured like a variety show, nodding to The Sonny & Cher Comedy Hour, which helped propel her to celebrity in the 1970s. The show currently features all or part of 35 to 40 of Cher’s best known songs.

“The Cher Show is not linear, and it is entirely psychological - it takes place in her psychological closet, and in that closet is everything she’s ever been in her life - everything she has ever played, every song she’s sung, everyone she’s been married to, every pair of shoes she’s worn, every success and every failure,” said Rick Elice, who wrote the show’s book.

“Cher has been deeply involved in the show’s development, including reading scripts and coming to workshops,” the Times report continued.

The advance buzz about the show is leaving fans drooling for more. Mashable.com published the synopsis of the musical. “The Cher Show is based on the life of Cherilyn Sarkisian La Piere Bono Allman or as her friends call her, Cher! The kid on a tricycle, vowing to be famous. The teenage phenom who crashes by twenty. The glam TV star who quits at the top.

“The would-be actress with an Oscar. The rock goddess with a hundred million records sold. The legend who’s done it all, still scared to walk on stage. The wife, mother, daughter, sister, friend. The woman, looking for love. The ultimate survivor, chasing her dream. They’re all here, dressed to kill, singing their asses off, telling it like it is. And they're all the star of The Cher Show.”

In addition to Elice, who co-wrote the book for Jersey Boys, the creative team includes director Jason Moore (Avenue Q) and choreographer Christopher Gattelli (Newsies), according to the i.

Three actresses will play Cher in different aspects of her life. There will be actors portraying husbands Sonny Bono and Gregg Allman, and Bob Mackie, her onetime costume designer.

“The musical is based on a series of interviews that Elice conducted with the pop singer, Academy Award-winning actress and icon, and most interestingly, the setting of the musical will be in Cher's mind, which seems very Cher,” wrote PaperMag.com.

The Cher Show is rehearsing in New York at the new 42nd Street Studios according the New York Post. Cher is currently in London and Croatia on the set of Mamma Mia! Here We Go Again. She headed back to New York at the end of October “when the producers are having a ‘presentation,’ as they call it, of The Cher Show for an audience of one: Cher.”

“The Cher Show, by the way, isn’t the working title. It’s what it will be called when it opens on Broadway in the fall of 2018,” according to the Post.

“He decided: “I might as well call it The Cher Show.”

Cher fans will be on the edge of their seats waiting for The Cher Show to open. It sounds beyond fabulous!