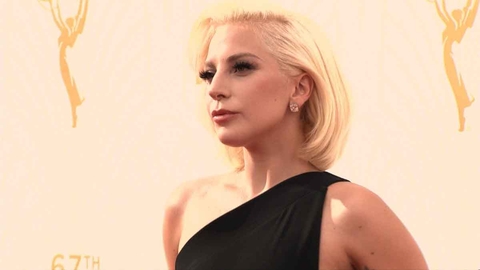 What type of Christian are you?

Do you stand with Lady Gaga and Alexandria Ocasio-Cortez or Mike Pence and Sarah Sanders? Two disputes in the last week between prominent Christians from the faith's progressive and fundamentalist sides might help you decide.

Lady Gaga, a newly minted Academy Award nominee, called out Vice President Mike Pence over the weekend. His wife, Karen, made headlines for working at a "Christian" private school that bans LGBTQ students and parents. That didn't go over well with Lady Gaga, who has been very open about her Christian faith and support for the LGBTQ community.

"You [Mike Pence] say we should not discriminate against Christianity. You are the worst representation of what it means to be a Christian," Lady Gaga said from the stage of MGM's Park Theater in Las Vegas. "I am a Christian woman, and what I do know about Christianity is that we bear no prejudice, and everybody is welcome."

Then on Tuesday, Fox News anchor Sean Hannity asked Sarah Sanders about Rep. Alexandria Ocasio-Cortez and her proposal for a "Green New Deal." The White House press secretary responded that climate change should be left up to God. "I don't think that we are going to listen to her [Ocasio-Cortez] on much of anything, particularly anything that we will leave into the hands of a much, much higher authority," Sanders said. "And certainly not listen to the freshman congresswoman on when the world may end."

Ocasio-Cortez, who spoke at the Riverside Church in New York on Monday at an event in honor of the Rev. Dr. Martin Luther King Jr. and consistently discusses her own faith, clapped back on Twitter with Biblical receipts.

You would rarely put Ocasio-Cortez, Lady Gaga, Pence and Sanders into the same box about any topic, yet they all self-identify as Christians. So what can we make of these Christian feuds?

Beyond putting the diversity of American Christianity on display, Ocasio-Cortez and Lady Gaga give me hope that progressive Christians will stop ceding our tradition to the fundamentalists.

I don't blame you if the question "What type of Christian are you?" surprises you. Since well before I was born in 1989, fundamentalists have defined our public imagination of what it means to be a Christian. They told America they were the only Christians and the only issues of "Christian" morality were attacking LGBTQ people and controlling women's reproductive choices.

Public opinion research on these two subjects shows how millions of Americans stand on each side of the divide. Roughly two-thirds of Catholics (like Ocasio-Cortez and Lady Gaga), Orthodox Christians and mainline Protestants favor same-sex marriage, according to the Public Religion Research Institute's 2017 survey. And even among white evangelical Protestants like Sanders, a huge change is happening, with twice as many young evangelicals favoring same-sex marriage (53%) as those over 65 (25%), according to the same survey.

The diversity among US Christians extends beyond LGBTQ rights and the climate to immigration and reproductive justice (Ocasio-Cortez and Lady Gaga both support Planned Parenthood, in contrast to Pence and Sanders).

"Merry Christmas everyone - here's to a holiday filled with happiness, family, and love for all people. (Including refugee babies in mangers + their parents)," Ocasio-Cortez tweeted. But former attorney general and fundamentalist Christian Jeff Sessions also cited his version of Christianity to defend the Trump administration's family separation policy. (Sessions' fellow Methodists fought him on that position.)

Denominational divisions within Christianity have largely given way to a progressive and fundamentalist divide. Mike Pence embodies this development: He self-identifies as an "evangelical Catholic" which obscures his opinion of the Protestant Reformation. But it's clear to everyone: He's a hero to fundamentalists Christians across denominations.

And sadly, I thought he was going to get away with equating Christianity with conservatism.

But Lady Gaga stood up for our faith and fought back. And the fundamentalists took notice. Prominent fundamentalist flamethrower Franklin Graham took to Facebook to disparage Lady Gaga, and call the Pences "the best kind of Christian."

I don't have any illusions of stopping the Sanderses, the Pences and the Grahams of the world from defending their idea of Christian values. Apart from a miracle, they're not going to acknowledge the God-given dignity of LGBTQ people or supporting a Green New Deal that could save God's creation. Fundamentalists are going to continue fighting for fundamentalist Christianity. My hope is that progressives like Ocasio-Cortez and Lady Gaga help reshape our public imagination of Christianity at large.

Our public imagination needs to make room for the diversity of Christianity in America, which will only happen if more people like Ocasio-Cortez and Lady Gaga speak up.

Finally, these Christian role models remind me why I'm a Christian myself.

Christians must ask whether our faith compels us to embrace progressive or conservative values. It's a question Christians have grappled with for two millennia, such as Christianity being cited by both pro- and anti-slavery advocates. Christian teaching is used in calls to pacifism and to justify war.

Jesus sums up his ministry in the Gospel According to Luke by citing the prophet Isaiah: "The Spirit of the Lord is upon me, because he has anointed me to bring good news to the poor. He has sent me to proclaim release to the captives and recovery of sight to the blind, to let the oppressed go free, to proclaim the year of the Lord's favor."

A modern adaptation might be: Jesus announces his support for Democratic socialism and dedicates his ministry to the "Little Monsters," Lady Gaga's term for the outcast and vulnerable among whom she ministers. Ocasio-Cortez is flipping tables in Congress like Jesus in the Temple and proclaiming a radical vision for economic and social fairness. They are "good and faithful servants," in the language of Jesus.