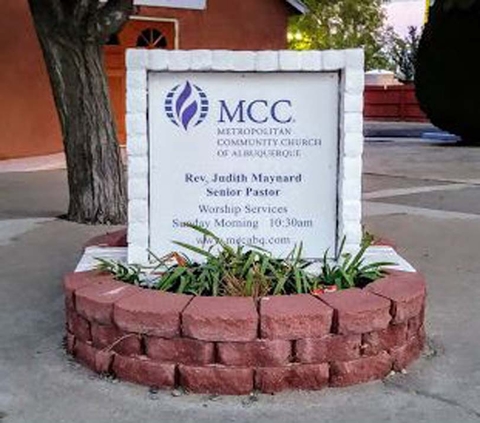 An MCC church in New Mexico has been vandalized seven times in the last two weeks.

At the altar sits every rock that has caused damage to the Metropolitan Community Church in Albuquerque. The church has been in the same location for 18 years and has never experienced anything like this.

“We’re not sure what’s going on, or if someone is upset with us, or if it’s the fact that we’re a church that serves the LGBT community,” said a church spokesperson.

MCC churches are known to be affirming churches who welcome all members of the community in which they serve.

Shattered glass, broken windows, rocks and bricks; a total of seven acts of vandalism, including the most recent occurrence on Tuesday night of this week. The last act of vandalism was with another rock which knocked the plexiglass out of a newly installed door.

“We haven’t really had a time to heal because it keeps happening.”

Albuquerque police are looking into the vandalism. They say the next thing would be to look into implementing a new crime prevention plan in the area.

The Albuquerque MCC spokesperson added, “For the person that’s doing this, ‘Number one, please stop. Number two, we forgive you.’”

To listen to the interview, click the arrow on the video above.