Cohen says his loyalty is first to family and country, not Trump 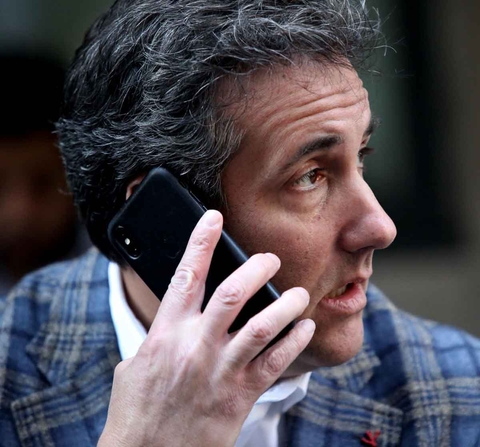 President Donald Trump's longtime personal attorney, Michael Cohen, is putting his loyalty to "family and country" before his old boss.

"My wife, my daughter and my son have my first loyalty and always will," Cohen told ABC News' George Stephanopoulos in an interview published Monday morning. "I put family and country first."

Cohen also refused to follow Trump's lead to cast the FBI in a negative light over April's raids on his home, hotel room and office.

"I don't agree with those who demonize or vilify the FBI. I respect the FBI as an institution, as well as their agents," Cohen said. "When they searched my hotel room and my home, it was obviously upsetting to me and my family. Nonetheless, the agents were respectful, courteous and professional. I thanked them for their service and as they left, we shook hands."

CNN has reached out to the White House for comment.

Friends of Cohen's told CNN last month that he has signaled that he is "willing to give" investigators information on the President if that's what they are looking for. He also retained a new lawyer, Guy Petrillo, a former chief of the criminal division of the US attorney's office in Manhattan. Cohen told ABC that his decision to cooperate with federal investigators will be decided based on Petrillo's legal advice.

CNN has reported that Cohen has felt increasingly isolated from the President in the wake of April's raids. Cohen has been under criminal investigation for months because of his business dealings, the Justice Department has said.