Coming out at age 50: My story 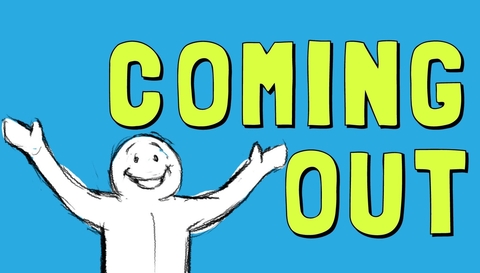 October is LGBT History Month with National Coming Out Day on October 11. I came out at age 50 and wanted to share my story because I am told that my personal history is interesting.

I often wonder if my background is anything like other LGBTQ+ senior adults. I don’t proclaim to be a historical figure, but my journey to age 55 has been a long road. The younger LGBTQ community needs to hear our stories, so they can understand how far our community has come.

As a child growing up in Southwest Missouri, I lived in a sheltered general Baptist home.

One memory that sticks out is a time when I looked in the mirror and realized I was different from other boys. I didn’t like playing traditional male sports, and I preferred playing with girls.

I enjoyed playing house with stuffed toys and even liked playing with dolls.

During elementary school, I was teased by boys who thought I was weird.

I had no gay role models around me to help me understand my feelings. The bullying by boys left me feeling insecure and confused for many years.

The confused feelings continued into high school. During high school in the late 1970s, I realized I was physically attracted to guys.

The late 70s was a rough time for our community. There were few role models for us and, in the early 80s, the stigma of HIV and AIDS populated media.

My confidence grew in my senior year, and I dared to explore my sexuality. I dated a few girls and started focusing on male friendships.

I realized that even though I appreciated girls, I didn’t feel physical chemistry with them. I had some good guy friends but didn’t dare to let them know how I really felt.

I did have one close friend that shared my similar feelings. He faced the same fears.

I will never forget that friend and how we helped each other. We both knew our special friendship would not last because we both wanted to have traditional families and our faith wouldn’t allow us to be together.

Once I started college, I began to explore my feelings further. I met a good guy in my major (theatre) that I was very attracted to during my freshman year.

I felt like he was flirting with me and we had some intense discussions. We spent a lot of time flirting and hanging out, but we both knew it was not going to be a long-term thing.

My heart decided this was the best thing for this Baptist boy. I chose to put my gay feelings in a box and hide them in a closet. Over the next 30 years, I lived a straight life as a loyal husband. I forced myself to be straight as I felt this was what God and my family expected of me.

My wife passed away five years ago. The pain of her death impacted my family greatly. I spent time in counseling and finally faced the reality that I needed to explore my sexuality.

Over the past five years; I started dating guys and found my true soul mate.

It’s amazing how the world has changed since the late 70s. We now have LGBTQ role models in the media. I studied the Bible and came to terms with my fears. I also know more about the prevention of STDs, including HIV and AIDS.

Now at 55, I am completely out. I’m engaged to a handsome man and look forward to our wedding in 2020.