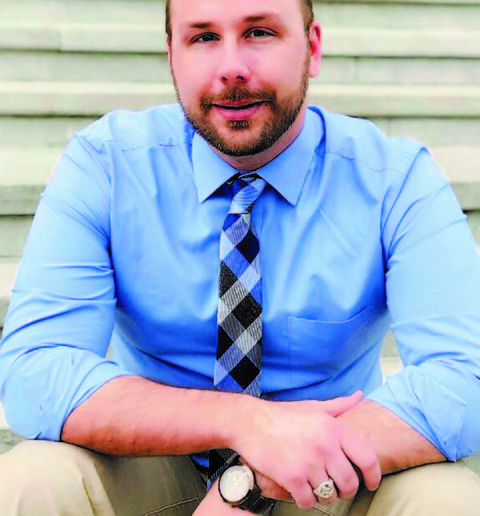 As a kid, I always knew I was different. I took up creative writing at a very young age. I loved telling wild stories to escape my reality, but I was an obese kid who was a loner and often bullied for both.

Growing up, we moved a lot. My dad was a rancher, and mom was a stay at home mom, occasionally working waitress jobs to make ends meet.

My parents eventually split up, and after moving from family member to family member, I finally settled in late into mom's house in Southern Missouri.

In Missouri I found myself going to a Southern Baptist Church in the very rural area of Cape Fair. Soon I became a leader in the church, became active in sports, and I even began preaching in the church and various events, always on the same message of love and acceptance.

My senior year of high school I fell in love with a girl that was in college and got engaged. Shortly after, I entered the Delayed Entry Program for the U.S. Army.

But the weekend before graduation, something that had been inside me for as long as I could remember was ready to come out. I met my fiancé at her house and broke up with her.

After basic, I went on to Advanced Individual Training in Southern Arizona, where I would train in Military Intelligence to be a Human Intel Collector.

Shortly after being stationed in AZ, I met someone. We started going out regularly to dinner and getting to know one another.

October 31, 2005 was a day I'll never forget. We went to dinner like any other night. My date dropped me off a few doors down from a party, and as I stepped out of the car, he grabbed me by the collar and pulled me in for our first kiss.

As I walked to the party, my heart was racing, but I was on cloud nine. At the moment, I felt I found myself.

I walked into a small apartment, crowded full of soldiers in civilian clothes letting loose. There was a soldier there who had never seen eye to eye with me.

He caught me alone and said: "I saw you f*gs in the parking lot.”

I was caught so off guard I didn't know what to say and simply walked back towards the crowd in silence. After the party had moved outside, I walked into the empty apartment to use the restroom. As I was walking out of the restroom one of the last things I remember was my face making contact with a blunt object.

The next day I looked in the mirror. My face was still bloody, beat and swollen; along with my pride.

I was confused and scared. I didn't know what to do. I went and told my Sargent the entire story.

Hours later, the Private had been arrested and released back into the military’s custody, all charges dropped. He claimed I had made passes at him, so they pushed the blame on me.

In the months following, the media picked the story up and it briefly became a story with international interest. Following the media, came a quickly executed honorable discharge under the Don't Ask Don't Tell policy.

For me, it has become easy to camouflage who I am and hide it from people, but I do suffer from PTSD, so public affection regardless of who it is makes me uncomfortable.

Even if it's my mom leaning in for a hug makes my heart flutter a little, and my body goes into defense.

It's become a barrier in many relationships even at largely attended LGBT events touching or holding hands strikes fear in my heart. I am slowly learning to overcome this.