Coming out; each time a big moment 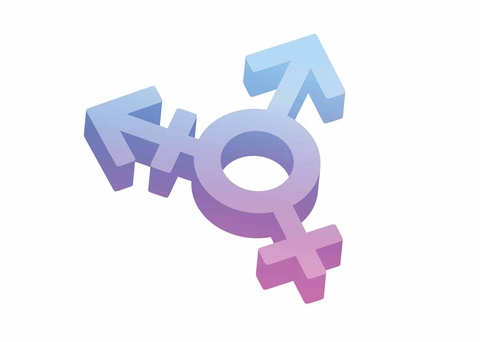 You don’t suddenly become transgender the minute you realize you are.

As far as I know, there is no bell that rings, or a counter that rolls over, no box that gets checked. You were trans before, you’re trans now, and you’ll be trans after.

Still, there’s that moment in every LGBTQ person’s life when that changes, and it never stops happening, it’s a frequent occurrence but doesn’t come regularly. I told you it’s all sorts of meta-physical. Every LGBTQ person has a few moments in their life that are big markers: self-realization, their first date, their first partner.

For trans people they get those and the first time they wear the right clothes, change their name, get the surgery (if that happens), etc. Yet there’s still that event that happens all the time, and each time it’s a big moment: coming out.

For each of us, there’s that first person we came out to, usually a close friend or a parent. It was a nerve racking, nausea inducing, sweat producing, shaking moment. If that’s never happened to you or you’re not LGBTQ, imagine giving a huge speech in front of thousands and at the same time you’re interviewing for your dream job while flying a rocket during the Super Bowl, and you can understand that feeling.

It’s a huge deal, and you never know how it’s going to go. Your parents could hug you and be happy, or toss you out of the house. Your closest friend may never speak to you again.

Of course, once you come out that first time, you have to do it again. At church, at work, at school, to more friends, to more family, on and on. It never stops. Anytime you meet someone new, you’ll end up coming out to them. When you move to a new town, you do it again.

New job? Same thing. It never, ever stops happening. After the first few big ones, it gets a heck of a lot easier. You end up having a speech, or you just make quick work of it and move on. Everyone has their own way of doing it.

Yet, that first time of first times is the big one. You run through all sorts of scenarios in your mind. Some use some chemical courage to get it done. Some will write the most heartfelt and elegant letter they’ll ever write. It’s even become a thing to make YouTube videos of the event.

What makes this one the big one, is that no matter how many times you do it afterwards, this one does so much. Letting someone know your deepest, most personal secret, a weight that keeps dragging behind you like lead weights in the mud, is just so…relieving.

It’s like that gasp of air someone takes when they’ve been trapped under water and if they had been down there one second more they would have drowned. Just one more second and their lungs would have burst, their vision blurring and going black. That’s the feeling every person feels every day before they come out that first time, and it is so excruciating.

But that first time, no matter the outcome, it’s that first gasp of air. You’re alive. You’re here. No matter what comes after this, you don’t feel like you’re drowning under your own sea of secrets. It won’t always be easy, and you’ll have conflicts and struggles in your future. People will hurt you and they’ll try to drag you back under.

But there will be moments of pure joy and thrill ahead of you. No matter what happens though, no matter how many more times you have to come out or fight for who you are, no moment will ever be as great as that first breath of life as the person who you want the world to know.