A compelling snapshot of generosity by Americans 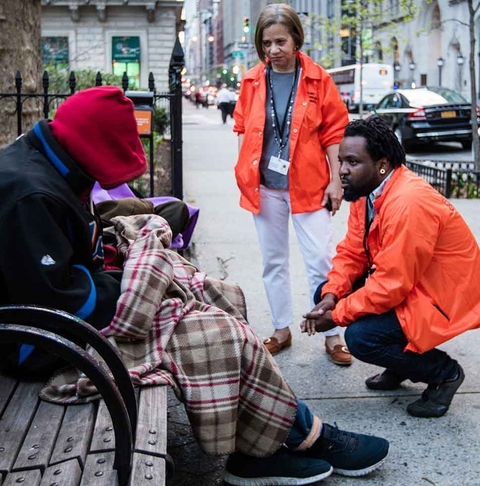 Data reveal about one-quarter of Americans take the time to volunteer. CNN photo.

Time is a precious thing. Once we give it away, we can't get it back. And that's part of what makes new federal data on volunteering a compelling snapshot of generosity across geographic and demographic lines.

The data, from a survey released by the US Bureau of Labor Statistics in 2016, the most recent year available, shows that about one-quarter of Americans, or 25 percent, take the time to volunteer.

The survey paints a picture of the kinds of organizations that benefit most from volunteers as well as who does the volunteering.

The numbers came from a monthly survey sponsored by the Corporation for National and Community Service (CNCS). It's part of US employment data, and covers Americans age 16 and older who aren't institutionalized or serving on active duty in the military. About 60,000 households participated in the survey, which defines "volunteers" as people who said they did unpaid work through or for an organization.

So who are these Americans who volunteer? They tend to be married, white and female, with higher education levels, according to the survey. The largest age group for volunteers was 35-44, the CNCS survey said, and volunteers were most likely to be parents with children under 18. The typical volunteer may live in Utah, which ranked first in the percentage of people who said they volunteered among all 50 states and Washington, DC.

Overall, survey data shows the biggest spurt of volunteer activity involves collecting and distributing food. The median amount of time per year spent volunteering was 52 hours. And most volunteers were working with either one or two organizations.

There are reasons why volunteering seems to be more prevalent among certain age groups, says Dr. Mark Snyder, a professor at the University of Minnesota, who has researched the psychology of volunteerism for years.

When it comes to younger people, Snyder says career goals usually outweigh desires to volunteer. "But when you get people who are approaching retirement age, career considerations aren't so important," he said. "What you see is a sense of volunteering as an act of citizenship and leaving something for next generations and leaving a legacy behind."

Who volunteers more, men or women?

Between men and women, the survey leaned toward more women. Women out-volunteered men 27.8% to 21.8%.

Until the end of the 20th century, there was a huge volunteerism gender gap, Snyder says. Women volunteered much more than men. Surprisingly, as "women have entered the workforce in larger numbers, their rates have not gone down," Snyder says. "It's the rates of volunteering on the part of men [that] have gone up -- and up. The reason for this is more men have seen more women in the workforce who are somehow able to do it all — to work, to volunteer, to be actively engaged with their families. Men feel, 'Well, I've got to keep up.'

The survey indicates that people who've achieved higher levels of education tend to volunteer more. The gap in 2015 between the percentage of volunteers who were college graduates with bachelor's degrees or higher and those who only had some college or an associate's degree was more than 12 percentage points. The gap between bachelor's degree or higher and those with only a high school diploma was more than 23 percentage points.

Which states have the most volunteers?

According to CNCS statistics grouped by state, residents of Utah appear to throw themselves into volunteering the most. They topped all 50 US states — with 43% saying they volunteered.

Minnesota ranked second with 35%. Wisconsin, South Dakota and Idaho round out the top five.

Louisiana sits at the bottom of the volunteer list. About 18% of residents there who took the survey said they took time to volunteer.

What about the largest 51 metropolitan areas in the US? Which ones have residents who volunteer most?

According to the CNCS data, which was gathered during a three-year period, the Minneapolis area ranked first in the survey, with 37%.

Salt Lake City, Utah ranked second, with 36%. The metro area of Milwaukee in Wisconsin ranked third, with 33%. Near the bottom of the list, the Los Angeles region area placed 46th, with about 19%.

Below that, the New York area, which includes Northern New Jersey, placed 49th, with 17%.

CNCS data for 75 "midsized" cities gathered over a longer period (four years, rather than three) showed Utah's Ogden-Clearfield area at the top of the list, with about 50%.

At 15%, Bakersfield, California, ranked at the bottom.

Volunteering can bring certain personal side benefits, Snyder says, depending on each person's motivation Volunteers could be gaining career contacts or making friends. For some, volunteering may boost self-esteem. It may help them feel better about themselves because they see their problems may not be as bad as the people they're helping.

Overall, Snyder says the most enthusiastic volunteers tend to keep volunteering because they've found a way to bring together two things: the satisfaction of doing good for other people along with gaining something for themselves.

And that, he says, is "essentially a win-win situation."