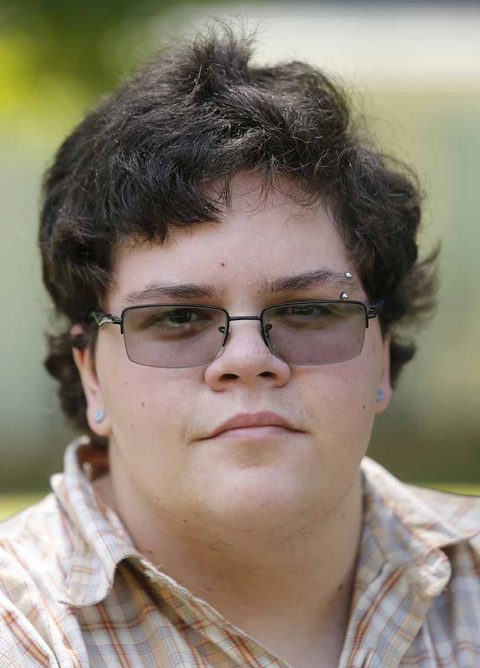 Transgender teen Gavin Grimm's lawsuit against his school board will be heard by the US Supreme Court March 28. AP Photo, Steve Helber.

Gavin Grimm, a 17 year old transgender boy, sued his school board over being able to use the boys’ restroom and locker room. The case, G.G. v. Gloucester County School Board, will be heard by the US Supreme Court on March 28.

According to Slate.com, Grimm has “legally and medically transitioned from female to male – [Grimm] argues that under Title IX, his high school must let him use the men’s bathroom. The case has drawn a great deal of interest from both liberal and conservative advocacy groups, many of which have filed amicus briefs in support of either Grimm or his school.”

According to Slate, three conservative groups – Liberty Counsel, National Organization for Marriage and Center for Constitutional Jurisprudence – have filed amicus briefs with the court.

In it, they caption on the cover that the case is G. G. BY HER NEXT FRIEND AND MOTHER, DEIRDRE GRIMM.

Slate continues: “But the Supreme Court, as well as all lower courts, identify him this way: G. G., BY HIS NEXT FRIEND AND MOTHER, DEIRDRE GRIMM

“That slightly odd formulation reflects the formal way that federal courts style a juvenile litigant’s name. (Grimm is 17.) It also obviously necessitates a gendered pronoun use. Did these anti-LGBTQ groups misgender Grimm by mistake? I posed the question to Liberty Counsel on Wednesday, and the organization confirmed that it used a female pronoun because ‘Gavin Grimm is a biological girl who now says she subjectively identifies as a boy.’”

Supreme Court rules require that groups filing briefs use the same title the court does. The court’s citation uses Grimm’s correct pronoun – “HIS.”

Which resulted in the Clerk of the Supreme Court to reprimand the organizations incorrectly identifying Gavin Grimm. The Clerk’s letter reads:

“It has come to the attention of this office that the cover of your amicus brief in this case identifies the respondent as “G.G., by her next friend and mother, Deirdre Grimm.” In fact, the caption for the case in this Court, as in the lower courts, identifies the respondent as “G.G., by his  Next Friend and Mother, Deirdre Grimm.”  (Emphasis added.) Under Rule 34, your cover is to reflect the caption of the case. Please ensure careful compliance with this requirement in this and other cases in the future.”

Slate concludes: “By misgendering Grimm, these briefs clearly reflect the kind of animus that moved the school board to bar Grimm from the correct bathroom in the first place. The briefs reject the very validity of Grimm’s identity in a manner that is both offensive and petty. Indeed, these organizations are so eager to deny Grimm this basic dignity that they intentionally flouted the rules of the Supreme Court of the United States.”

Watch for continued coverage of Gavin Grimm’s brave fight against anti-transgender bigotry in The Gayly print edition, our website www.gayly.com, and our Facebook page – The Gayly.