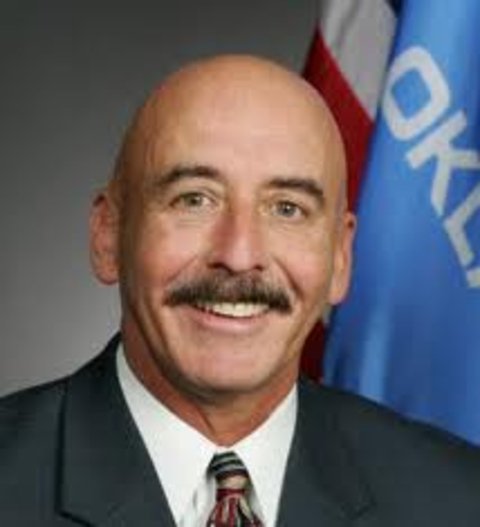 Besides November being an election month, it’s also when many of the bills approved this past session become law.  In total there are 176 bills that will become effective on November 1st including 81 Senate bills and 95 House bills.

I’d like to discuss a few Senate bills that I think will be of widespread interest given that they will affect a majority of Oklahomans.

SB 138 will allow veterans to have a flag emblem placed on the front or back of their driver licenses and identification cards.  This will help them more easily be able to take advantage of discounts at various businesses as well as readily identify their status for special military activities.

SB 987 expands the definition of murder in the first degree to include deaths resulting from the manufacture or distribution of a synthetic, or “designer drug” as well as the manufacturing of drugs that result in a death, as in a meth lab explosion.  The legislation was filed after East Central University students Stacey Jewell and Andrew Ackerman died last year after using “2-Bromo Dragonfly,” a designer drug still available on the Internet that can cause hallucinations, vomiting, seizures and rapid heartbeat. Prosecutors said because of how the current law was written, the individual responsible could not be charged with first degree murder.

SB 1019 would help the state’s 107 housing authorities recoup millions in unpaid rent and property damages each year.  The new law will do this by allowing public housing authorities to file claims with the Oklahoma Tax Commission to garnish former tenants’ personal income tax refunds for any monies owed for rent or property damage.  Rent in public housing is based on one’s income so there’s no reason why these individuals can’t afford to pay their bill each month.  Public housing is government subsidized so taxpayers are already footing part of the bill for these individuals’ rent.  We shouldn’t have to also foot the bill when they’re irresponsible and tear a residence up or skip out on rent.  By garnishing former residents’ income tax refunds, municipalities will be able to recover thousands in overdue rent and damage expenses.

SB 1199 will require that certain judgments for support debts owed by a father and support debts owed from public assistance paid by DHS for the benefit of a child in DHS custody draw interest.  This is a great measure that will ensure deadbeat parents who fall behind on child support and other types of payments will be forced to pay interest just as people are required to do with other late payments such as credit cards.

Finally, SB 1316 will protect public buildings used as shelters during natural disasters from liability claims.  The new law modifies the Governmental Tort Claims Act by adding an exemption from liability for cities, towns, counties or other entities that open public buildings up to citizens during emergencies like tornadoes.  The new law does not require public facilities to serve as natural disaster shelters, but will simply protect those entities that choose to let the public in during such events from being liable for any injuries individuals might incur while in the building or from being turned away because the facility is full.

To learn more about these and other bills becoming law on November 1st, please visit our website at www.oksenate.gov.