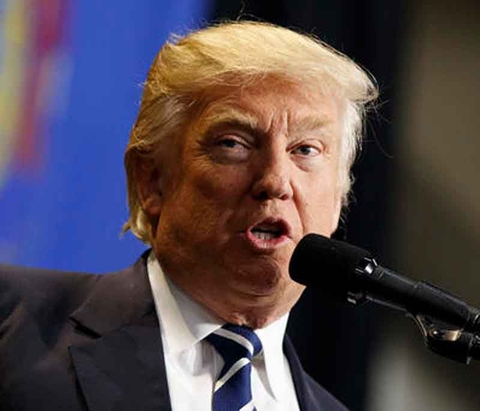 President-elect Trump appears to prefer rallies and Twitter to talking to a free and independent press. AP Photo, Evan Vucci.

West Palm Beach, Fla. (AP) — Less than a month from taking office, President-elect Donald Trump has yet to hold the traditional news conference that most incoming presidents have held within days of their victory.

As of Thursday, it had been 147 days since Trump held his last formal news conference as a candidate.

Trump, whose refusal to do news conference has been criticized by journalism groups and media watchdogs, has instead tried to convey his message directly to the American public, bypassing the media with pronouncements at his boisterous rallies and, of course, distributing his thoughts 140 characters at a time on his famed Twitter account.

He was slated to hold a press conference on December 15 to discuss his plan to leave his sprawling business empire as he takes office but that event was postponed. Aides have said it will be rescheduled for January but no date has yet been set.

"America has a tradition of an aggressive, free and independent press and a large part of that is that the press inquiries about the president and his stances on the issues," said Tobe Berkovitz, a communications professor at Boston University. "They probably can wave goodbye to that. It's quite obvious that Trump has no interest in following the traditions of the presidency and relationship with the press."

But while his lack of press interaction is a worry to some, many Trump supporters cheered the celebrity businessman's battles with what they felt were biased reporters. Trump made his antagonistic relationship with the media a centerpiece of his campaign, inciting his rally crowds to boo the press, singling out individual reporters with derogatory names like "sleazebag" and using Twitter to attack coverage he didn't like.

His predecessors took a different approach.

Two days after the Supreme Court decision gave him the 2000 election, George W. Bush held a press conference where reporters asked him about his Cabinet picks and tax plans. He proceeded to field more questions each of the next two days. Barack Obama, also regularly held news conferences after winning, taking questions from the White House press corps 18 different times as president-elect. Bush, who had a shorter transition due to the extended Florida recount, did so 11 times.

No modern president-elect has waited as long as Trump to field questions. Since taking office, he has sat for a few television interviews and has taken a handful of shouted questions from the press pool — a small group of reporters who follow the president — a few times at Trump Tower in New York and on Thursday outside his coastal Florida estate.

Trump's team has downplayed the need for news conferences. Kellyanne Conway, a newly appointed White House counselor, said Thursday that the press would have access to the president.

"This will be a traditional White House in the sense that you will have a great deal of press availability on a daily basis and you'll have a president who continues to be engaged with the press," she said in an interview with ABC.

Trump's last full-fledged news conference was July 27, which he held at his Miami-area golf course as counter-programming to the ongoing Democratic National Convention. It was there that Trump called upon Russia to hack his opponent Hillary Clinton's emails saying, "I will tell you this, Russia: If you're listening, I hope you're able to find the 30,000 emails that are missing."

His staff later insisted that Trump was joking.

Before that, Trump and his staff had mocked Clinton for not holding her own news conferences. In May, Trump tweeted: "I am getting great credit for my press conference today. Crooked Hillary should be admonished for not having a press conference in 179 days."

Clinton eventually had one after 276 days and then held several more before Election Day. Trump fielded a few questions from a handful of reporters in September on his plane and took a few more in a gaggle after the first presidential debate but did not hold another news conference.

But since the one he hosted in July, he has tweeted more than 1,000 times.