Conversion therapy is lurking in the shadows 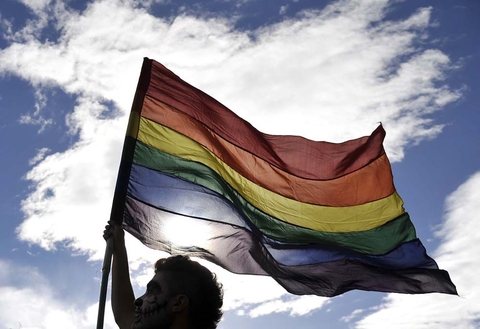 For months, someone was trying to change Andy Taylor's sexuality. He just didn't know it.

"I had no idea what was going on," Taylor recalled, thinking back to a series of unnerving one-on-one meetings with a church leader in Liverpool, England, in 2012. "Even after I quit, I didn't fully realize that what I went to was conversion therapy."

But he was sure of one thing: "I just knew I didn't like it."

Taylor, an openly gay man in his early 20s, had been involved with a local church whose leaders had encouraged him to take therapy sessions. Unbeknownst to him until he stepped inside, the sessions were intended to make him believe that he was straight.

These so-called conversion therapies, also known as reparative treatments, rely on the assumption that sexual orientation can be changed or "cured" -- an idea debunked and discredited by major medical associations in the UK, the United States and elsewhere.

During his meetings, Taylor says, he was asked to recount childhood traumas and to discuss in detail his sexual experiences with men. "They knew what outcome they wanted... They looked for big emotional buttons to press, and they would just pick at them until I started crying," he said. Those events and insecurities were then connected to his sexual attractions.

"When was the first time you saw your mother cry?" Taylor recalls being asked before having his answers maneuvered toward a pseudo-psychological conclusion. "You have an overabundance of compassion, and you interpret that to mean you're sexually attracted to men," he was told.

"It makes absolutely no sense, but at the time, it seemed totally logical," Taylor said, and it led him to the seemingly natural conclusion that his sexuality "was bad" -- and that he had ought to resist it.

"It came from someone I trusted," he said. "I had no reason not to believe him."

That trust persevered even as Taylor's mental state didn't. He began having thoughts about self-harm and vivid dreams about suicide, falling into a period of depression. "I went to three or four sessions before it started to disturb me."

Eventually, he started to question the logic behind the sessions. "I'm pushing myself towards this goal which makes me incredibly uncomfortable, and the journey makes me feel horrific," he remembered thinking.

"It just felt so wrong. It felt like someone twisting a knife in me."

About six months after his first meeting, while signing into another, he realized that he couldn't continue.

"Looking back, it's one of the most manipulative things anyone's ever done to me," he remembered.

Taylor's experience is jarring, but it isn't uncommon.

Studies have found that efforts to change a young person's sexuality can put them at a greater risk of depression or suicide. Despite being condemned by medical bodies and having its science debunked by experts worldwide, the practice is legal throughout most of Europe, where campaigns and petitions to halt it exist in several countries.

One in 20 LGBT people in the UK has been offered conversion therapy, and an additional 2% have taken part in it, according to a survey of over 100,000 people by the UK government in 2017.

"Tens of thousands of people said they had been offered some form of [conversion] therapy," a government spokeswoman said in a statement to CNN. "It is shocking to hear people are being exploited in this way after opening up about their sexuality or gender identity."

But she added that the therapy represents "a complex set of issues with lots of gray areas" - namely, that unlike the military-style camps in the United States, the practice often occurs in the shadows across the Atlantic.

Led by the "ex-gay" movement in churches, the controversial service is offered discreetly by religious leaders and psychotherapists and sometimes not even explained to its subjects, as was the case with Taylor.

"These things aren't advertised in the phone book," he said.

Matt Ogston, 40, created a foundation campaigning for a ban on conversion therapy in 2014. That year, his partner, Naz Mahmood, had been urged to find a cure for his sexuality by his Muslim parents, who discovered the treatments online and through word of mouth.

"It's very clear to see the impact that parents can have on their own children when they think they have a disease," Ogston said. "We hear countless stories from individuals who come forward asking for support, where their families threatened to kill them, in some instances."

Ogston had protested, sent petitions to government, and met with cabinet ministers to make his case, to little avail.

Then, last July and seemingly out of the blue, the UK government made the announcement he had been waiting for years to hear: it planned to ban conversion therapy in the country.

The relief of the news, however, soon turned to frustration.

"It was a very welcome step, but it feels like an empty promise at the moment," Ogston said, complaining that his organization has worked to discuss the details of the pledge with the Government Equalities Office (GEO), but hasn't heard back. "You'd expect them to be reaching out," he adds.

A GEO spokeswoman told CNN that the government is now assembling its LGBT advisory panel of experts, whose first task will be establishing the path forward on banning conversion therapy,

It has also begun "commissioning new research into the experiences of those who have undergone conversion therapy to help us better understand how we can end these practices for good," she added.

Ogston is urging that the issue is kept atop the political agenda.

"Every day in the news we can see why this is not their priority -- you can see where all their energy is," he says, referring to the attention-sapping saga of Brexit. "But it should be given priority... the government should be there to protect its citizens."

"It's not a fringe issue -- it's an issue that isn't being talked about enough," he concludes. It's a legal form of abuse -- and it has to be stopped."

'It was all underground -- until we investigated'

If the UK bans the practice, it could prompt a wave of similar legislation across Europe. But it won't quite make Britain the continent's pacesetter.

That mantle belongs to Malta -- a tiny island nation in the Mediterranean with a population of just over 400,000 -- which made history by implementing a nationwide ban on conversion therapy in 2016.

"I knew [conversion] therapy existed, but I didn't know it was happening in Malta," said Equalities and European Minister Helena Dalli, who created the law. "It was all underground ... until we delved into it and investigated."

Dalli was driven to legislate after a man visited her to share his experience of the practice in the predominantly Catholic country. As a teenager, he'd attended a number of traumatic sessions with a therapist, he said -- and was even shown a video of homosexual sex and told to induce vomiting.

"I was thinking like every mother would think: What if he were my son?" Dalli said. "I wouldn't want my biggest enemy to go through what he went through."

The conversation led her to begin an almost two-year mission to gather evidence, which uncovered several legal practitioners who had previously been hidden.

"It was a horrible experience," Joseph, an employee in Malta's government who met with Dalli during her search, said of his own encounter. "I couldn't eat. I couldn't focus on my studies. ... I was really close to committing suicide."

Joseph, who asked to go by only his first name due to his government position, says he went to two sessions with a psychiatrist who invited her pastor husband into the meetings.

"He kept on insisting that this is something that can be easily changed, something must have been wrong with my upbringing, [that] I was eventually going to die of AIDS," Joseph said. "It's the worst kind of abuse."

Testimonies like these culminated in Malta's Parliament unanimously approving the ban on conversion therapy in late 2016. For Joseph, the move was an "emotional experience," he said. "But I can't imagine the number of children who have been exposed to this."

And although Dalli was pleased to pioneer the groundbreaking move, her mood is equally reflective.

"I'm proud and sad at the same time," she said. "I'm proud because we passed the legislation, but I'm sad to know that this practice could be happening in other countries and it's not a crime yet."

Dalli uses her role as European minister to press the case for banning conversion therapy to leaders of other countries, and the UK's ban will most likely be based on Malta's legislative model, according to Paul Twocock, director of policy at the LGBT rights charity Stonewall, which consulted the British government on the topic.

But proposed bans by campaigners and politicians in France, Germany and elsewhere have fallen flat. To those countries, Dalli has a clear message: "Get into the shoes of those people who have been through it and how this has affected their lives negatively."

"No one person deserves not to live a happy and fruitful life," she added. "I think that is what we are in politics for: to help people reach their full potential."

"It would be helpful," said Hartmut Rus, a campaigner for Germany's largest LGBT rights organization, LSVD.

Rus has been studying the German "ex-gay" movement for over a decade, since he came across literature advertising cures for homosexuality at university in Saxony in 2005. The founder of Zwischenraum, the group that produced the material, has since come out as gay a second time, disavowing the "ex-gay" movement and campaigning against conversion therapy.

And Rus has seen awareness of the issue grow in his country: "Only a few people in Germany were aware of the problem" in 2005, he says, but a 2018 petition to have it banned has received over 75,000 signatures.

But Parliament is yet to share his concern -- and he fears the consequences if the practice goes deeper underground.

"The problem is, everything is hidden now. They don't advertise it anymore because they know they will get bad press," he said.

Nonetheless, a corner may soon be turned. Before the UK announced its pending ban, the European Parliament voted decisively to condemn conversion therapy in March, urging EU member states to end the practice.

And although no law can bring back his partner, Ogston is convinced that they can prevent future tragedies. "While there is a legal 'cure' available, it allows a parent's mind to wander. We have to remove that from a parent's thought process," he said.

To him, the argument is simple. "This is something that encourages young people to take their lives," he said. "How is that allowed to be legal?"