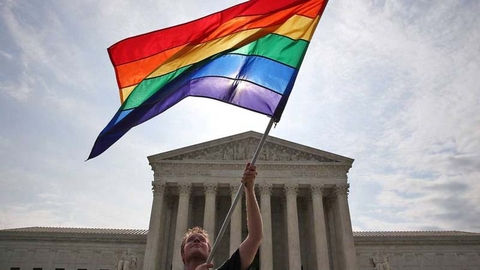 Recently there have been court cases regarding the issue of business owners refusing service to members of the LGBTQ+ community because of the owners’ “religious freedoms.”

Still the U.S. Supreme Court has yet to rule on whether this issue is justified discrimination.

Yet another case has come to light in the Eighth U.S. Circuit Court of Appeals, according to Queerty.

Carl and Angel Larsen are owners and operators of Telescope Media Group in Minnesota. Two years ago, the couple sued their state’s human rights commission. The Larsens claim accommodation laws, which require businesses to offer services to all, violates their religious rights.

As a media company they offer film services to community members including weddings. They claim they filed the suit because they refuse to film a same-sex wedding. They felt they’d be promoting “a conception of marriage that directly contradicts their religious beliefs.”

However, no same-sex couples asked for their services they filed as precaution. The Larsens are legally represented by the Alliance Defending Freedom (ADF).

ADF is a conservative legal organization the Southern Poverty Law Center labeled as a hate group. The group has made radical claims, comparing homosexuality to child abuse and insinuating the “homosexual agenda” seeks to take town Christians.

The Larsens say they wouldn't shoot a same-sex wedding because it would be like filming videos showing “sexual immorality, the ‘destruction of unborn children,’ racism or racial division, inciting violence or degrading women.”

Those in the Eighth U.S. Circuit Court of Appeals will give their ruling in a few months but the case could also go to the U.S. Supreme Court.

Cases such as these are becoming more common, but only time will tell how the Supreme Court will handle this issue.