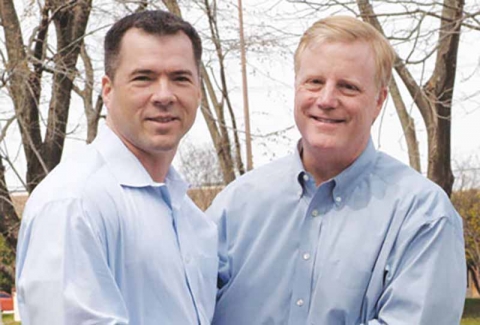 SAN ANTONIO (AP) — One of the same-sex couples who had challenged Texas' constitutional ban on gay marriage has finally tied the knot.

The couple was married by Charlie Gonzalez, a former San Antonio congressman and longtime friend of the two.

In October 2013, Holmes, a retired Air Force major, and Phariss, an attorney, were denied a marriage license in Bexar County. They filed a federal lawsuit challenging Texas' ban on gay marriage. A federal judge in San Antonio ruled in their favor in 2014, but issued a stay pending appeals.

In June, the U.S. Supreme Court made same-sex marriage legal across the country.

The wedding was attended by about 300 friends and family members.

San Antonio Express-News. Copyright 2015 The Associated Press. All rights reserved. This material may not be published, broadcast, rewritten or redistributed.
The Gayly - 11/24/2015 @ 10:02 a.m. CST