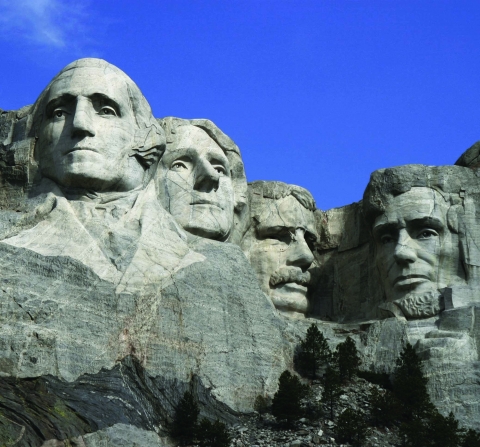 The event, organized by women who challenged South Dakota's ban on same-sex marriages, is being held in the amphitheater of the memorial.

Nancy Rosenbrahn, who sued the state along with her wife Jennie, said she already knows of six couples who have received marriage licenses in South Dakota and plan to get married Sunday afternoon beneath the memorial.

She said couples who are already married will also be renewing their vows at the ceremony.

"I get to say 'I do' to my wife," Rosenbrahn told the Argus Leader. "We had to run away, now we can do it in our home state. We're going to stand up in South Dakota and say the words we should have been able to say in our home all along."

Rosenbrahn said they began planning in January to host the event at the memorial, "betting against all odds that the Supreme Court would rule in favor."

About five weddings a year take place at the Borglum View Terrace, said Maureen McGee-Ballinger, a spokeswoman for the memorial. Sunday's event will take place in the amphitheater, which is allowed there because the ceremony is viewed as an exercise of the participants' First Amendment right, she said.

"Look at the nature of what we won," Rosenbrahn said. "We didn't win it just for white people. We won it for the Natives who are gay. The decision by the Supreme Court didn't call out a class of people or a race of people. This goes to everybody."

Copyright 2015 The Associated Press. All rights reserved. This material may not be published, broadcast, rewritten or redistributed.
Published The Gayly - 7:31pm CST 9/5/2015