Digital Cupids: Online dating is more acceptable than ever before 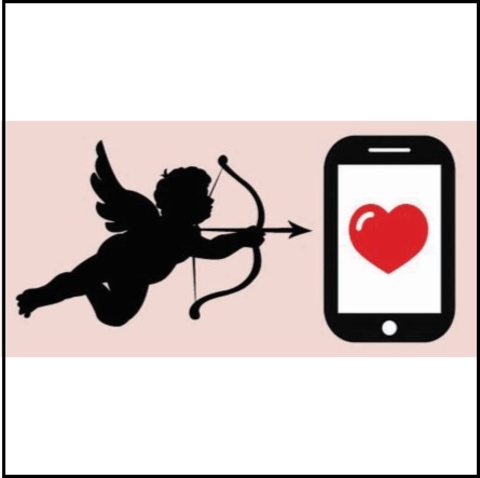 For LGBTQ people the internet and dating apps can offer a rare solution to the outer world in which many may not yet be out.

From Tinder to Grindr to OkCupid, online dating seems to be growing on an almost daily basis. There are different apps for almost everyone’s different needs, some focusing on specific dietary preferences while others cater to their users’ religions.

Online and digital dating has been used by heterosexuals and queer people alike now for decades as a method of finding hookups, flings and romantic partners faster and without as much hassle. For LGBTQ people especially, the internet and dating apps can offer a rare solution to the outer world in which many may not yet be out.

“I was online dating before I ever came out,” says Andi*, a college student and out transgender man. “It helped me experience my sexuality before I was able to be open about it publicly.”

Kylee*, a friend of Andi and recently out bisexual, agrees. “[You] like to hide behind a screen, but that’s not a bad thing.”

Though some may believe dating apps are simply for hookups, both students have experienced long-term and satisfying relationships via online dating.

“You get to meet a lot of cool people,” says Kylee. “It broadens your horizons.”

“I met my most recent girlfriend online,” reveals Andi. “We even lived together for a while.”

Older LGBT couples can also preach to the success of these digital cupids. Tom*, a political writer, met his husband on SilverDaddies, a popular online dating site for mature gay men.

“A lot of people in the over-50 crowd can find people to hook up with or just to be friends with or even long-term partners,” explains Tom. “I know a few couples who found somebody [online] and have become partners and are now married.”

While the sites have many pros, Kylee admits that there are some cons to the sites.

“There are some guys who aren’t always the nicest,” she says. “I wasn’t harassed or anything like that, but a lot of people ask me to have three ways since I’ve come out as bi, which isn’t what I’m looking for.”

Andi reveals it also to be difficult as a trans man using the sites.

“It’s hard because a lot of people aren’t into trans people and will just skip over you,” he says. “There need to be some changes made to the preferences and gender options so we can all be included.”

Despite these things, Kylee says that she has enjoyed her experiences in online dating and Andi agrees.

“Maybe it’s because I’m biased as I’ve had relationships that have really worked out well that have started with online dating…I’m just really for it,” Kylee admits. “I just think, ‘Maybe you’ll meet that person, who knows?’”

*Some names have been changed and surnames omitted to respect the privacy of those interviewed.