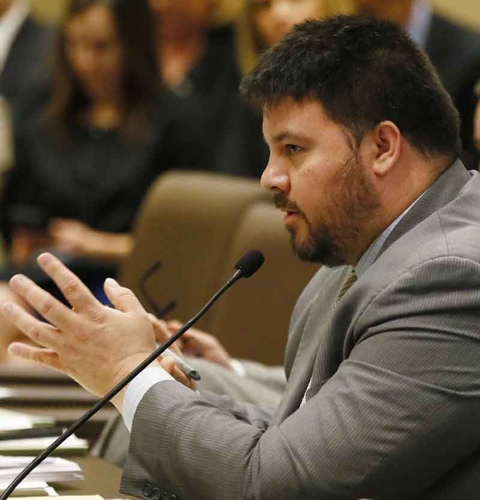 In March of this year, Oklahoma State Sen. Ralph Shortey, a right-wing Republican, was all the news after being arrested for being in a hotel room with a underaged male. The Cleveland County, Okla. District Attorney filed three state felony charges against Shortey.

The senator resigned from his seat soon after the arrest was made public. Since then, there hadn’t been much news about the disgraced legislator, until late Wednesday.  “A federal grand jury returned a four-count indictment against two-term former Republican state Sen. Ralph Shortey,” the Associated Press reported.

(To see a copy of the police report for the March arrest, visit The Gayly’s coverage at Moore Police Department release report on Senator’s motel incident.)

The federal charges are the result of an FBI search of Shortey’s home.

“The two transportation of child pornography charges stem from allegations that he used a smartphone to send a video involving a ‘prepubescent girl’ and videos involving young boys from an America Online email address in October 2013,” reported OKC station KOCO.

For more details on Shortey’s original arrest in March, view these Gayly stories: