Do youth understand the impact of Stonewall? 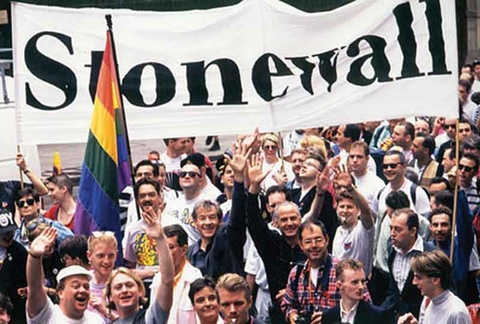 Everything changed in the LGBT+ movement on June 28, 1969, at 1:20 a.m. in New York City when police barged into the Stonewall Inn and began harassing and handcuffing everyone inside.

The event sparked the Stonewall Riots. It started with police harassment, but brave and angry activists wouldn’t take it anymore. Instead, they changed the course of history.

The actions of these activists resulted in an up-and-coming liberation for LGBT+ people all over the United States.

“I’m in awe these activists did what they did,” said Parker Speckman, a 16-year-old passionate about the subject. “It’s important for LGBT+ youth to know their history, and to know who made it possible for them to be out and proud.”

The riots continued until July 1, serving as a catalyst for the gay rights movement, not only in the United States but around the world.

Today’s youth desire to study our history to create a more successful and inclusive future. Youth take time after school to do independent research, from reading articles to watching speeches from those involved in the riots, because they believe that school doesn’t teach them enough.

Autumn Scott, an eighteen-year-old student activist said, “Marsha P. Johnson and Sylvia Rivera need to be recognized as giving all of us queer kids our power. Sylvia Rivera was the one who added ‘T’ to ‘LGBT,’ so this was also the start of the trans rights movement.”

When teens are looking at the events of the Stonewall Riots, they are using what they learn to facilitate discussions about erasure, education and activism.

This knowledge is used to avoid rhetoric, racism and other forms of trans and POC erasure, like TERF (Trans Exclusionary Radical Feminism).

More importantly, they look up to activists like Marsha P. Johnson and Sylvia Rivera to lead by example so they may become great activists for issues of today.

“It is very important to know that a transgender woman threw the first brick,” Speckman added. “I was twelve, and discovering I was transgender like Marsha P. Johnson.”

Speckman is far from the only person to feel this way. Atlas O’Neal, another 16-year-old teen, remarked “I think it [Stonewall history] would really be beneficial to queer youth. Many people don’t know about the Stonewall Riots or only know very little, like myself, and it’s something that everyone in our community should [know] and deserves to know.”

Most of all, if these youth find anything important, it is education. We saw this recently with the student support of the Teacher Walkout which happened in several states.

But what about these historical events they don’t learn about in school? Even with the recent ruling in Illinois to add LGBT+ history to the curriculum, for today’s youth that’s simply not enough.

“I learned about the Stonewall Riots from Tumblr,” Speckman explained. “School Boards should be more understanding of their students, and offer LGBT+ history classes, or put it in the history lesson plan.”

O’Neil added, “I learned about the riots in a music appreciation class. But it needs to be taught in history classes everywhere.”

Scott thinks schools need to add Stonewall history to their curriculum. “People can always twist things as they do, but facts are facts.”

These youth are using their knowledge and passion about Stonewall, an event which happened nearly a half-century ago, to create a better future.

After the deaths of Stonewall activists, student activists of today are determined to carry their legacy through destroying erasure and educating future generations.

“We want to credit lawmakers for giving us rights,” Scott remarked. “What they [our LGBT+ ancestors] gave us can’t be taken away by votes. You can kill a revolutionary but not the revolution.”